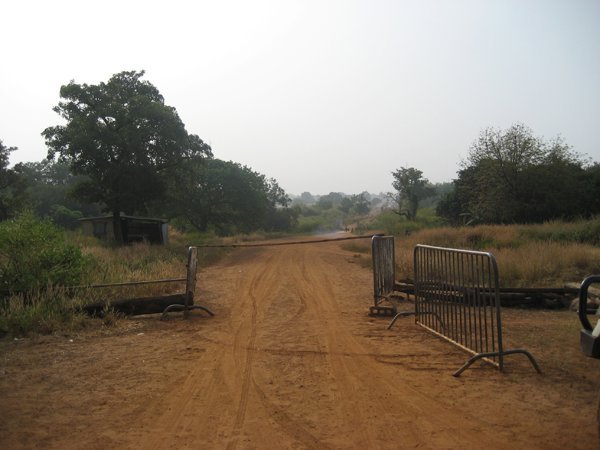 Share this on WhatsApp
Spread the love
By OKOSUN DENNIS
That the response was from a Nigerian Immigration Service officer at the Seme border post recently.
He was stationed in one of the numerous boots close to the boot manned by men of National Drug Law Enforcement Agency (NDLEA), Nigerian Customs Service and other security agencies that dot the place.
The boot was tagged: “Surveillance and Investigation.” Therefore, if the permission to cross the border post from Nigeria into Republic of Benin would cost a paltry N100 without qualms, what is the essence of having “Surveillance and Investigation post,” of the Nigerian Immigration Service? If nobody cares whether an immigrant was carrying contraband or dangerous product – fake or adulterated – that would be injurious to humanity when consumed, what manner of surveillance?
While would tax payers’ money be expended to train, kit, and pay a group of people and the gain is only to be rewarded with having the country flooded with goods – both fake and genuine – while criminals penetrate into the country with reckless abandon. What border security is it?
Seme border post is messy. Corruption is nauseatingly provocative. It is said, “He that pays the piper, dictates the tune.” Nobody seems to care what you are carrying provided you are generous to give an olive branch of gratification.
All the checking points are concentrated on the route detached from the main gate which is used by pedestrians at Seme border. The main gate is often quiet and devoid of influx of human traffic.
Infrequently, vehicles pass through and regular checking formalities are carried out without qualms. At the other extreme, within an ambit of about 200 metres, is a jamboree of all shapes and manners of security men – some in uniform and others in mufti.
On the Nigerian side, I had the benefit of being stopped twice. While one demanded for “appreciation” – bribe, the other with gentle smiles, demanded for identification.
On the Beninois side, the story wasn’t absolutely different. The bug has infested them too. A horrible looking old man with a butt of cigarette stocked in his left hand and a stick across the narrow passage between an iron boot and a bar, spoke with baritone voice: “Bring N100 and pass.”
With scorn, I looked at him in the most sardonic manner; flashing an I.D and at the same time, introduced myself. Without uttering a word, he removed the stick and beckoned to me to go. It was a huge relief. At least, I saved my N200.
Fortunately, as I walked along the earth road, it gave a rough idea of the number of such checking points. Though, may not have been accurate, they were between eight to 10 points on both sides.
Nonplussed?
Even though the demand for “appreciation” came as a thunderbolt, certainly not expected from a man whose responsibility it is to check the influx of migrants and deter other criminal elements from penetrating into the country with the easiest attempt.
ALSO SEE: Thousands of vehicles still trapped at borders
Unfortunately, the tomfooleries of terrorists have thrown up barrages of security concern globally and Nigeria in particular. However, concerted efforts by all and sundry to fight every terrorist sect that had infiltrated northeast and recently the activities of herdsmen’s incursion into the hinterland, is a thing to conjecture.
However, the proliferation of small arms and light weapons are increasingly and dangerously becoming a transnational conundrum galvanising into organized crime in Nigeria; especially since Boko Haram’s insurgency, herdsmen and the re-emergence of Niger Delta militants, which has escalated kidnappings cases, communal crisis and armed robbery in the South East, South West, North East and other regions serving as hubs or impetus for arms trafficking. 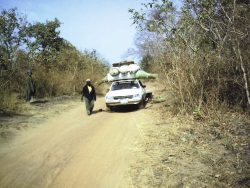 Fayose to release 11 photos of Buhari in terrible shape