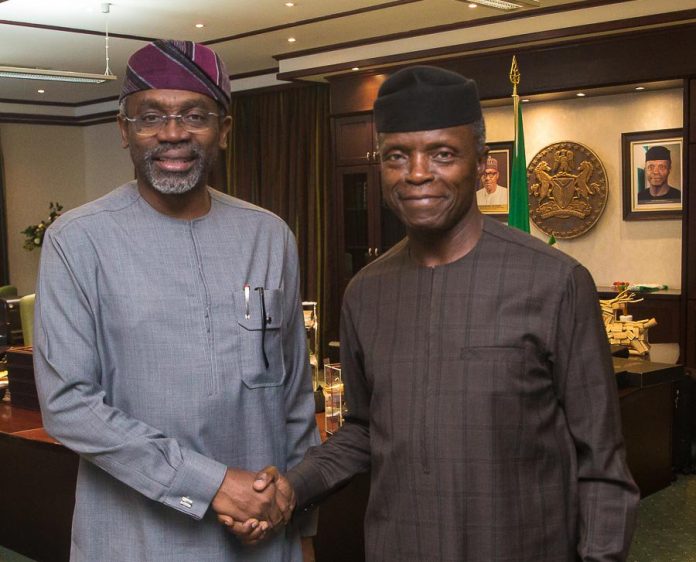 The new Speaker of the House of Representatives, Femi Gbajabiamila, might have started on a collision course with his party chairman Adams Oshiomhole with respect to power-sharing at federal legislature.

“The leadership must ensure that critical committees that drive government are chaired only by APC members,” the chairman said in the run-up to the NASS election in March.

“If the Nigerian people wanted PDP to be chairmen of committees they would have voted for them.”

While Oshiomhole has insisted that the APC won’t share the power and leadership with the PDP, Gbajabiamila said he is carrying the opposition along.

The Speaker said this while briefing newsmen after a closed-door meeting with V.P. Yemi Osinbajo at Aso Rock on Monday.

Gbajabiamila promised to carry opposition lawmakers along in committee membership and leadership.

“Committees will be unfolded in the next few weeks and you will see how we intend to carry the opposition along; I am not letting anything out of the bag but you can be sure that they will be carried along,” he said.

He also promised it is going to be a reformed house, and the reforms are going to be dished out piecemeal so as not to shut the system.

“But there will be reforms that will be for the benefit of the country. We see how it goes,’’ he said.