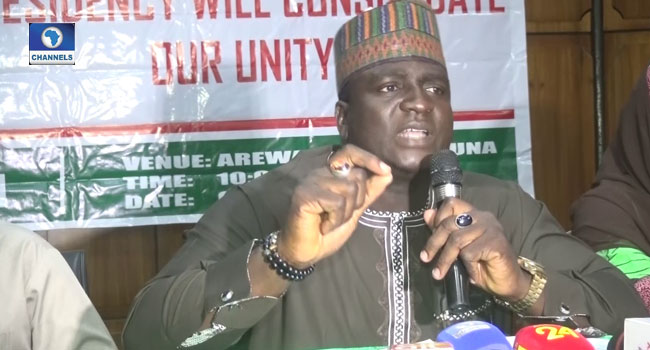 The Arewa Concerned Civil Society Organisations of Nigeria argued that zoning the presidential to the southeast will promote national unity and cohesion, as well as put an end to the secessionist agitation by the Indigenous People of Biafra (IPOB).

The Publicity Secretary of the coalition, Abdulsalam Kazeem, at a media briefing on Monday in Kaduna, enjoined all the political parties in the country to zone the presidential ticket to the southeast in the 2023 general elections. Abdulsalam Kazeem was of the view that the people of the southeast no longer feel they are respected in the country. He noted that they have taken to self-help and devising internal leadership systems to enforce their own ‘laws’.

According to Abdulsalam Kazeem: “The people of the southeast no longer feel as if they are respected in the Nigerian project. Their people are out causing mayhem, asking people to sit at home at the detriment of the federal and state governments which has a direct effect on the IGR of those states.

“This is how the crisis in the northeast started. Today, the Nigerian government is the highest importer of ammunition despite the enormous resources we have allocated to the fight against insurgency, we have nothing to show for it.

“They should zone the presidency of Nigeria to the southeast in the interest of fairness, peace and tranquility. If for nothing, for the purpose of the masses they promised to govern.

“We, hereby, urge all political parties to zone their presidency tickets to the southeast for justice, equity and fairness.”

The Northern coalition mobilized support for a former President of the Senate, and later Secretary to the Government of the Federation, Anyim Pius Anyim.

The coalition portrayed Anyim as a bridgebuilder and a detribalised Nigerian, adding that he has the capacity to ensure that all interests are protected across the board.  Kazeem noted that of the six geopolitical zones in the country, the southeast has not produced a President or Vice President in any party since 1999.