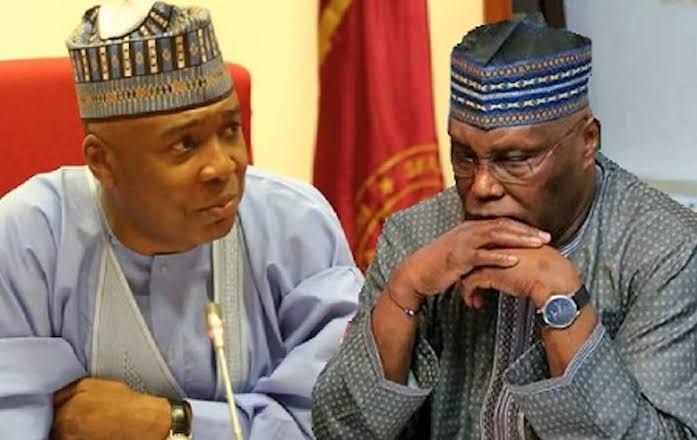 There are emerging indications that former Vice President Atiku Abubakar, former Senate President Bukola Saraki, and others, may float a new political party if the Peoples Democratic Party (PDP) insists on zoning the party’s 2023 presidential ticket to the south. The PDP is in a dilemma over zoning of its presidential ticket for the 2023 general elections following agitations and counter-agitations of southern and northern governors over power shift after the second tenure of President Muhammadu Buhari in 2023. The party had zoned the PDP national chairman to the north, an indication that the 2023 presidential ticket has been informally zoned to the south, according to the power sharing of the various political parties.

A party source disclosed that former Vice President Atiku Abubakar was not comfortable with the decision of the PDP National Executive Committee (NEC) on Thursday to endorse the zoning of the PDP national chairman to the north, which by implication, suggests zoning of the presidential ticket to the south. The source said that the former vice president, including former Senate President Saraki have sensed the direction of power shift in the polity for a long time, and were making alternative arrangements to sustain their 2023 presidential ambitions, despite the decision of the PDP. “The alternative arrangement is the rise of a group, Rescue Nigeria Project, led by political allies of both Atiku and Saraki,” the party source said.

Two prominent leaders of the Rescue Nigeria Movement, Usman Bugaje and former Governor Ahmed Abdulfatah of Kwara State, had in an earlier joint statement on the formation of the movement declared that the Rescue Nigeria Project (RNP), emerged to provide Nigerians alternative party platform to the ruling All Progressives Congress (APC) and the leading opposition Peoples Democratic Party (PDP) in the build up to the 2023 general elections. Bugaje and Ahmed had indicated in the joint statement that the Movement may transform into a political party.

Atiku at the PDP National Executive Committee (NEC) meeting on Thursday at the National Secretariat, Abuja, cautioned that while the PDP has the authority to decide on the management of the party, including deciding the party’s candidates, Nigerians have the right to decide who governs them. He warned that where the president comes does not matter and has not solved the leadership crisis in the country.

Atiku had declared: “The PDP has the right to determine its rules on how the party should be governed.

“The people of Nigeria also have the right to determine who governs them.

“There is only one president from Nigeria, for Nigeria, by Nigerians.”

Atiku, thereafter, cautioned the PDP highest decision-making body, after approving the recommendations of the PDP Zoning Committee, to be fair and just in deciding where the party’s 2023 presidential candidate would come from.

National Daily investigation revealed that Atiku in the above statement, lucidly made his strong feelings known to the party on the potential consequences of zoning the 2023 presidential ticket of the PDP to the south. Atiku alongside other PDP leaders from the north, who include Saraki, former Governor Sule Lamido of Jigawa State, former Governor Rabi’u Musa Kwankwaso of Kano State, Governor Aminu Tambuwal of Sokoto State, etc., have engaged in mobilizing for the PDP presidential ticket for the 2023 polls. The power shift may mark a turning point in frustrating their aspirations or ambitions.

Although, the membership of the rescue Nigeria Project which emerged on September 21, 2021, was being expanded to include seasoned politicians across the country, some of whom are Prof. Pat Utomi, Prof. Tunde Adeniran, former Governor Donald Duke of Cross River State, Senator Lee Maeba, Prof. Attahiru Jega, Amb. Nkoyo Toyo, Yomi Awoniyi, Dr. Rose Idi Danladi, Dr. Sadiq Gombe, etc., the leading roles of Usman Bugaje and former Governor Ahmed Abdulfatah, are perceived to send strong signal of the intent or goal of the emergent Movement. Both political actors are known to have strong political affiliation with Atiku and Saraki, who many described as their political principals.

Usman Bugaje led similar protest movement in the PDP in 2014 in the build up to the 2015 elections when the north resolved to work against former President Goodluck Joanathan in 2015. Bugaje later led a team of PDP defectors to join the then emergent All Progressives Congress (APC), which ultimately reconfigured the power equation in the polity, both in the National Assembly and number of states controlled by governors of either the PDP or APC. The PDP coincidentally turned to a minority government in the National Assembly, albeit, having the President of the country.

Atiku, Saraki, Kwankwaso, others, joined the Buraje legion of defectors from the PDP to the APC, with their army of supporters.

Governor Ahmed Abdulfatah of Kwara State, Murtala Nyako of Adamawa State, former Governor Rotimi Amaechi of Rivers State, including Tambuwal, who was Speaker of the House of Representatives, moved with Bugaje to the APC.

As a founder of the Rescue Nigeria Project, Ahmed Abdulfatah, at the formation of the Movement had noted that high level of nepotism and lack of inclusiveness have precipitated agitations by different ethnic groups in the country, making an innuendo that the “change” President Buhari promised in 2015, has become what Nigerians never expected. According to Ahmed: “Nigerians embraced change, that change appears to be what we didn’t expect, as insecurity has taken over the nation.”

Ahmed, accordingly, declared: “It is based on this that we decided to set up this Rescue Nigeria Project. We want to salvage this country and see how we can fix the mess.

“We want to set a template and key criteria leaders must have before they can attain any political position.

“Despite the great opportunities of the past, Nigeria has failed to live up to the dreams of its founding fathers and the hopes of successive generations of its citizens.

“Perhaps, at no other time have these failings become more apparent than in the past decade or so.

“In 2015, Nigerians overwhelmingly embraced the promise of change. These hopes have not only been dashed, but they have arguably turned out to be the worst political statements ever to be made in this country. Nigeria today appears set to fulfill all the prophecies of doom.

“Unprecedented nepotism and political exclusion have left the country more divided than ever as evident in the various separatists’ agitations that are threatening the corporate existence of the country itself.”

Our party source, however, disclosed that “whatever wild promises or projections Buraje and Ahmed may be making to persuade Nigerians to follow them, they are clearing the way for their political principals, disgustingly, creating alternative party platforms for their bosses towards 2023.”

The party source maintained that the political elite in the country have resolved to zone the presidency to south in the leading political parties, but that Atiku and Saraki would not want to give up their presidential ambitions. The source added that they would be exploring northern sentiments and the opposition of some northern leaders to power shift to the south, to present themselves as alternatives to the agitations or protests of the northern leaders in 2023.

According to the party source, “the Rescue Nigeria Project is synonymous with a movement for the formation of a new party for Atiku and Saraki. They are both in alliance and either of them is ready to work with the other who may pick the presidential ticket.”

Meanwhile, Atiku was gathered to have intensified lobbying and overtures in the PDP to forestall zoning of the presidential ticket to the south in 2023. The alternative will be resorted to if the lobby fails. 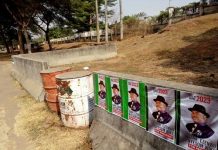