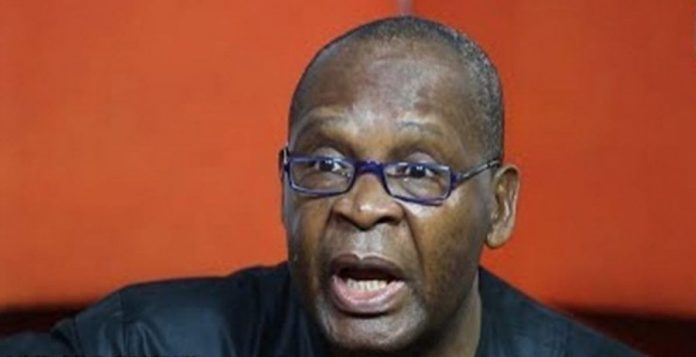 A member of the ruling All Progressives Congress (APC), Joe Igbokwe, a prominent beneficiary of the political largesse of the former Governor of Lagos State, Asiwaju Bola Tinubu, on Sunday, declared that Tinubu, national leader of the APC, can contest the 2023 presidential election on Muslim/Muslim ticket of the APC.

Igbokwe in an interview with ARISE Television monitored by National Daily from Lagos, maintained that the political culture of balance of power in harmonizing the north/south dichotomy in the leadership of Nigeria, does not matter in the presidential ambition of Tinubu. He recalled that in 1993, Abiola had a joint ticket with Kingibe, both of whom were Muslims and Nigerians supported them, saying that ethnic and religious identities have been defeated and no longer matter in the politics of the country.

Igbokwe stated that Tinubu has the capacity to be the president of Nigeria, saying that Tinubu has shown good leadership as Governor of Lagos State, which he intends to replicate at the federal level. He asserted: “somebody that is capable of delivering is what we want. Bring in somebody that has   track record of performance, and Tinubu is most suitable.”

Igbokwe also stated that Tinubu has made many people, has trained people, saying that Tinubu’s presidential ambition is a payback time for those he has brought up in life. He identified himself as a principal beneficiary of Tinubu’s political largesse of turning the life fortunes of people, reiterating that this is payback time and he will cast his vote for Tinubu.

Igbokwe, accordingly, declared: “Tinubu has made people. This is payback time. Somebody like me from the southeast, I have been a general manager, heading a parastatal in Lagos, a chairman, state publicity secretary of the party and now, special adviser to the governor on drainage. Those of us Tinubu has made, we don’t care about the church you attend, the mosque you attend, or where you come from, we want your head. I will vote for Tinubu when he gets the presidential ticket of our party.”