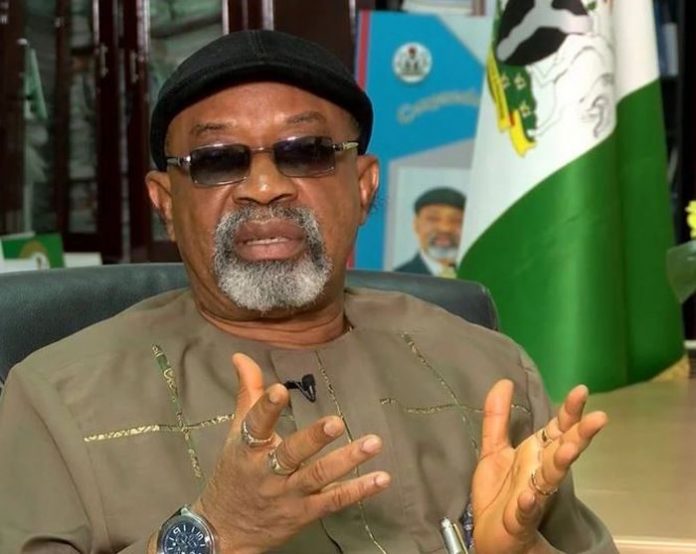 The Minister of Labour and Employment, Dr. Chris Ngige, has succumbed to the fear of political joblessness after the national convention of the ruling All Progressives Congress (APC) for the election of the party’s presidential candidate for the 2023 elections. The minister, after President Muhammadu Buhari had ordered aspirants for various election tickets of the APC in the Federal Executive Council to resign immediately, Ngige succumbed, dumped the presidential race and withdrew his resignation letter, making preference to keep his present appointment to the end of the tenure next year.

Ngige cited many reasons for his decision, declaring that he has since communicated his decision to the President and the Secretary to the Government of the Federation.

Some ministers were not willing to give up their appointments while contesting the APC primaries for tickets of the various elections in 2023 which include the presidential, governorship, senate, and others. They had the intention of a political jamboree wherein they will still retain their appointments after losing the primary elections.

Ngige was among the nine ministers that resigned from FEC and whom President Buhari honoured with a valedictory session at the State House, Abuja, wishing them well in their political ambitions, before he changed his mind on Friday.

The full statement of Ngige reads:

“Having also consulted widely with my family, constituents, supporters, and well-wishers, it is my pleasure to announce the withdrawal of my interest and earlier decision to contest the office of the President in the 2023 general elections.

“As a result of this, I will NOT be participating in any of the internal party processes of the said election, starting with the primary.

“I took this momentous decision firstly in the overall interest of the nation, in order to enable me to concentrate on my job, and assist the President and the Government, to weather the difficult last lap, in the life of the administration and secondly for other family reasons.

“I have since communicated this decision to the President and the Secretary to the Government of the Federation.

“My constituents, political associates and well-wishers across the country are by this statement informed of this latest decision, which also has the blessing and support of the overwhelming majority, hence supersedes any other interest, personal or otherwise.

“Thanks, and God’s blessings.