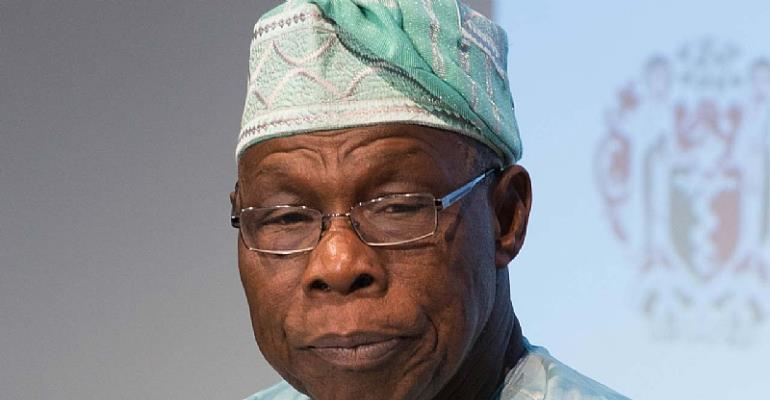 Former President Matthew Aremu Olusegun Obasanjo turned eighty-five years on Saturday 5th of March 2022 and citizens from different walks of life stormed Abeokuta to celebrate with this icon of national politics. It was a busy week for him and his staff. I had an appointment to see him Thursday the 3rd and was witness to the calibre of persons who came in throughout the day. For a man who joined the military to get on in life, God has been really kind to him. He has governed the country in two different capacities- as a soldier and as an elected democrat- and continues to be a strong moral, political force even outside government. And the old man acknowledges a divine touch in his life’s choices and decision outcomes. Fit as a fiddle on his 85th birthday and coming out to pay soccer as an attestation of how fair nature had been to him health wise. How many 85-year-olds can jog round the football field without collapsing? Added to this is his level of mental alertness when he holds conversations and when he addresses an audience extempore. No man prays for more! For this he is eternally grateful. What is the secret behind this agile and solid framework in the ripe age of 85years?

After his days as Military Head of State when he handed over power to a civilian administration in 1979, Obasanjo became a darling of the western world. Of course, we are familiar with the penchant of African leaders to sit tight in office upon seizing power, transiting to civilian rulers with the temperament of a soldier. Obasanjo said no to the that temptation and handed over to Alhaji Shehu Shagari in a very colourful ceremony in 1979. He saluted the new president and took a back seat. That singular action endeared him to the world, and he became an international statesman huge in stature, rubbing shoulders with the world’s Eminent Group of Persons.

But Chief Obasanjo would not have become president if Murtala Mohammed was not assassinated in February 1976 in a coup attempt. It is on record that Obasanjo as Chief of Staff Supreme Headquarters, effective Vice President of the country, did the yeoman’s job for that administration. He worked so well with the fiery Mohammed and became the natural choice after the latter fell to the bullets of reactionary coup plotters. Much against his personal will and desire, (the other members of the Supreme military Council had to compel him to step into the shoes) he became head of State and promised to lead the nation in the spirt with which Murtala Mohammed had led the nation – that of complete dedication. He then pursued the return to civil rule with a sense of urgency.

He subsequently became a moral force in the country, often emerging from semi-retirement to write pungent letters to some of his successors once he thought the ship of state needed to be redirected. Indeed, serving Presidents prayed never to receive an Obasanjo letter. Presidents Ibrahim Babangida, Jonathan and Buhari have been victims of his trenchant moral missiles at different times. In such letters, he often spoke the mind of Nigerians, daring to say what persons in his class would not say openly. He has been involved in making presidents and unmaking them too. No government ignored such letters.

His political fortunes took a nosedive during the tumultuous days of the Abacha junta when he was arrested and detained for coup plotting. The nation will never forget that footage of a bewildered Obasanjo shocked by the gravity of the frame up by that notorious regime which soon kicked the dust in a most disgraceful and tragic manner. The fear in the nation was palpable. Abacha had no qualms deleting people from the world if he thought that it would serve his interest. The tragic story of General Musa Yar Adua illustrates this vicious aspect of Abacha’s character. Obasanjo could easily have gone the way of Yar Adua and MKO Abiola. But fate smiled at him. Innocent of the coup charge, and favoured by his antecedents, from jail, Obasanjo was drafted to become a democratically elected President in 1999 under the aegis of the Peoples’ Democratic Party. Not too many persons have their grace in this world.

As a young man, it was the post-1976 coup speech that caught my attention about him. He was virtually choking as he gave that speech to the nation. This man who had fought in the Nigeria-Biafra conflict of 1967-70, instrumental to the end of hostilities was badly shaken by the senseless violence of the 1976 assassination of his immediate political boss, Murtala Mohammed. And he conveyed that emotion to the shocked nation. He piloted the nation from 1976 till 1979 when he handed over power to a civilian administration.

His years as an elected President was a mixed bag, owing to the peculiarities of the time. He was the first elected military officer to work with hardcore often mischievous politicians at the centre. But he made the mobile phone possible in the country, disabled the military capacity to plot and execute coups and stabilized the naira among other achievements. His contacts around the world facilitated a debt forgiveness programme for Nigeria possible. He helped to entrench democracy and won a second term in office in a landslide. Although the end of his tenure was almost marred by a rumoured third terms agenda, history will be kind to Chief Obasanjo.  Already, he is seen as one of the best leaders in the post military era both in achievements and the moral authority represented by his vibrant personality on national matters.

As he turns 85 years, I join him to give thanks to God for the grace of a long, successful and prosperous life and for his stabilizing personality in the affairs of the Nigerian state. A former king who becomes a king maker never really leaves the stage. Metaphorically speaking, Chief Obasanjo will never leave the Nigerian stage as long as he breathes the God-given fresh air of Mother Earth. If we all continue to wonder what Chief Obasanjo’s opinion is on national matters, then the man Obasanjo remains, relevant and powerful in the hearts of the people. Baba, I greet you from the bottom of my heart! Cheers!