A key player in the Nigerian maritime industry, Managing Director of PTML terminal, Acanio Russo, has appeal to the Federal Government to reconsider the implementation of the new auto policy.

Russo raised concerns over the diversion of Nigeria bound vessels laden with vehicles to Benin Republic because of the increased tariff. The PTML boss who expressed his worries over the situation when the Minister of Transportation, Rotimi Amaechi visited the terminal recently during his familiarization tour of the ports in Lagos appealed to the Minister to help address the issue.

He said the implementation of the auto policy has been of high concern to the management of the terminal as most vehicles meant for Nigeria are now diverted to Cotonou port and has thus affected the price of imported vehicles.

He advised that all vehicles import to Nigeria should come through the seaport and not through the land borders because of its porous nature.

Responding, the Minister promised that the government would look into the issue but noted that that part of the remedy will not be to remove the duty on imported vehicles.

Amaechi noted that one of the objectives of the auto policy was to conserve the country’s scarce foreign exchange, which according to him is higher than any loss of revenue which must have resulted from the diversion of vessels to ports of neighbouring countries.

“What you should ask government to do is to protect our borders to ensure that the goods smuggled in through the borders are not allowed. Part of the remedy will not be to remove the duty on imported vehicles but to enhance security of the border posts to ensure that all vehicles coming into the country come through the appropriate channel,” he said. 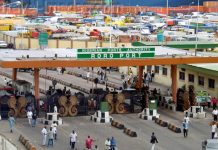 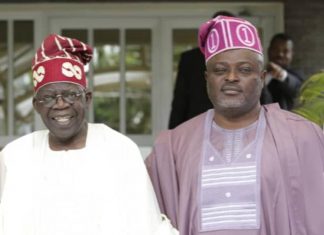