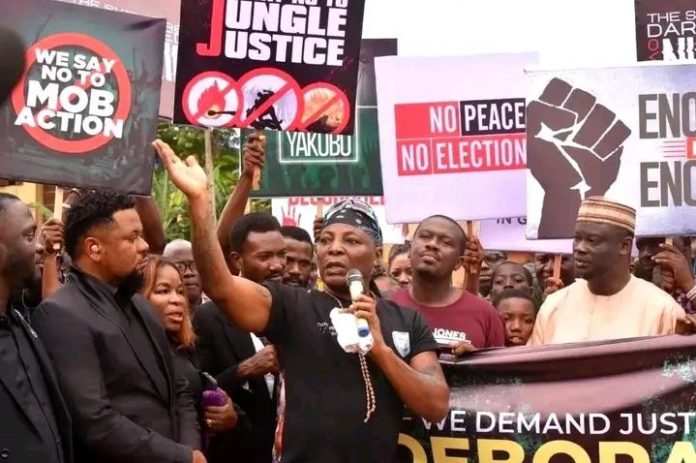 Many Nigerian Christians and other well-meaning Nigerians have been protesting for some days now against the jungle justice on late Deborah Samuel, who was burnt alive for alleged blasphemy over Prophet Muhammad.

Among the Nigerians who are protesting against the death of Deborah Samuel is a famous Nigerian singer and activist, Charly Boy.

According to reports on several news outlets, he led some Nigerian youths to protest against jungle justice occurring in some parts of the country.

He condemned the gruesome murder of Deborah Samuel, a female student of Shehu Shagari College of Education, Sokoto, and David Imoh who was killed by some Nigerian bike riders in Lekki after he had a misunderstanding with them over 100 balance.

Many Nigerians reacted after Charly Boy joined the protest. Below are screenshots of some comments made by some Nigerians who reacted to the incident;