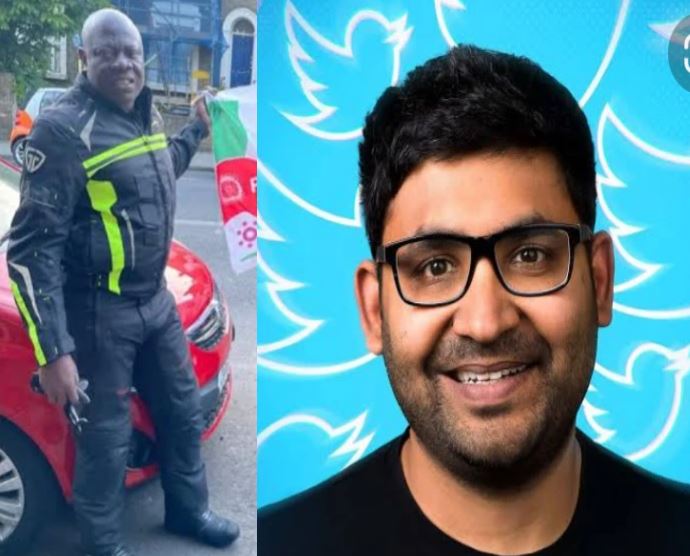 The London to Lagos biker has received a positive message from the Chief Executive Officer of Twitter.

The CEO of Twitter, Parag Agrawal seems to have noticed the presence of Kunle Adeyanju, the biker who is on the mission to end polio, on Twitter.

Kunle Adeyanju has been sharing the progress of his journey from London to Lagos State, Nigeria on Twitter since he embarked on it. He is expected to arrive Nigeria, specifically Lagos State on May 25th, 2022.

His impacts on the mission have been noticed and recognized, almost globally. So far, the biker has visited many countries. Many people have also donated generously towards the cause of his mission.

However, the Chief Executive Officer of Twitter has also noticed him and deemed it it to send him a message which Kunle Adeyanju described as a congratulatory message.

The CEO of Twitter took to his verified Twitter account to thank Kunle Adeyanju for sharing his inspiring journey with the world on Twitter. Parag Agrawal told him that they love to see his inspiring posts on the platform. This came after the biker arrived Ghana.