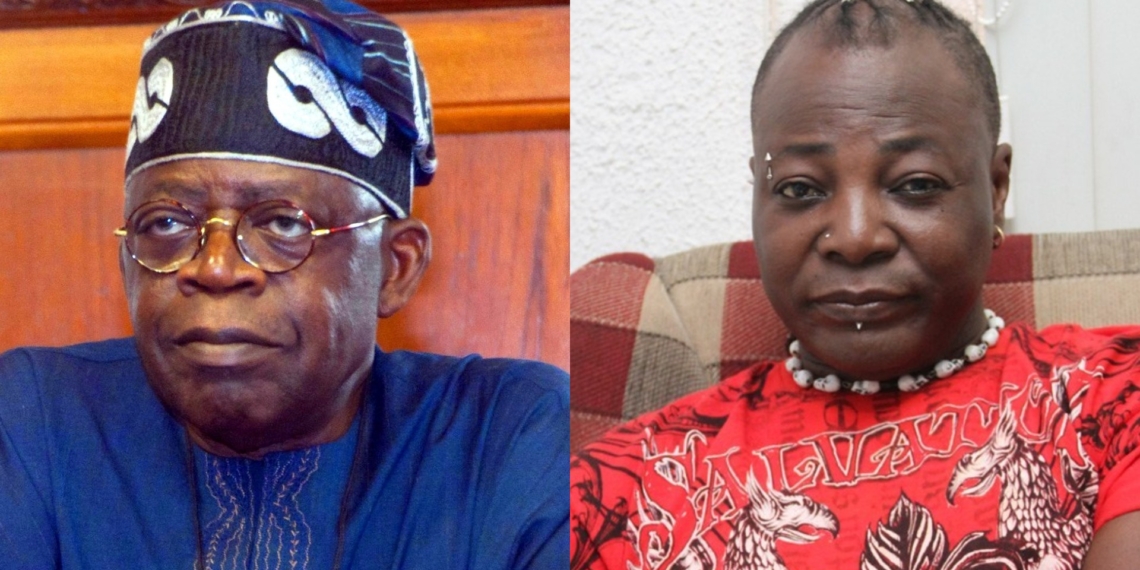 In the footage, which was shared on his verified Twitter handle a few minutes ago, Charly Boy, who is also a renowned fitness buff, is seen riding a manual foot Scooter on the iconic third mainland bridge in Lagos at quite an impressive speed. He went on to caption the video by joking that he was on his way to London to visit his junior brother.

He wrote; “I dey ride go London, I dey go see my Junior Brother. Who is he?” Quite interestingly, the video has led to a flurry of reactions from his followers on social media as many of them trooped to the comments section to share their thoughts.

While some persons lauded the level of fitness and energy Charly Boy exudes at his age, others commended him for his commentary on national issues.

See screenshots of some of the reactions below: