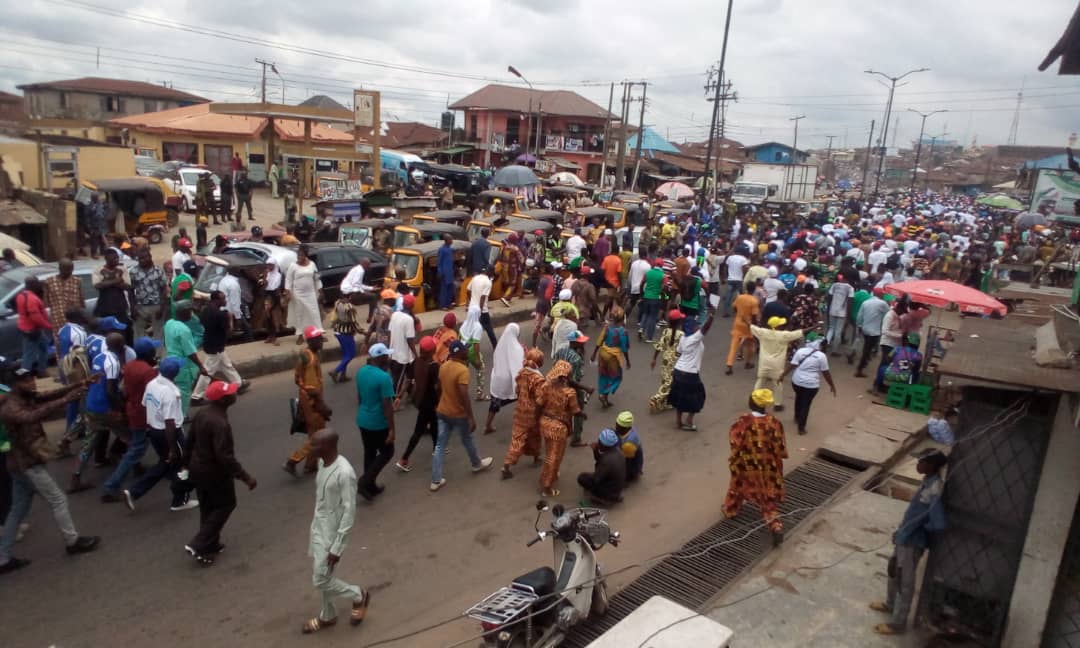 Members of the APC in Oyo on solidarity rally for their presidential candidate Bola Tinubu walked into an ambush in at Labiran, Ibadan on Tuesday.

Led by the party’s gubernatorial candidate Teslim Kolawole Folarin and others, the members and the thugs clashed during the walk, and no fewer than 10 party men got injured.

Folarin described the incident as unfortunate, adding that the injured members have been rushed to an undisclosed hospital for medical attention.

“As peaceful and law-abiding citizens, we will not take laws into our hands. To this end, I call on law enforcement agencies to do the needful,” he said.

“Not minding the deadly attacks on our members by Makinde’s agents of darkness, we’re continuing our walk for Asiwaju Bola Ahmed Tinubu / Kashim Shettima. The injured members are receiving treatments at an undisclosed hospital.”