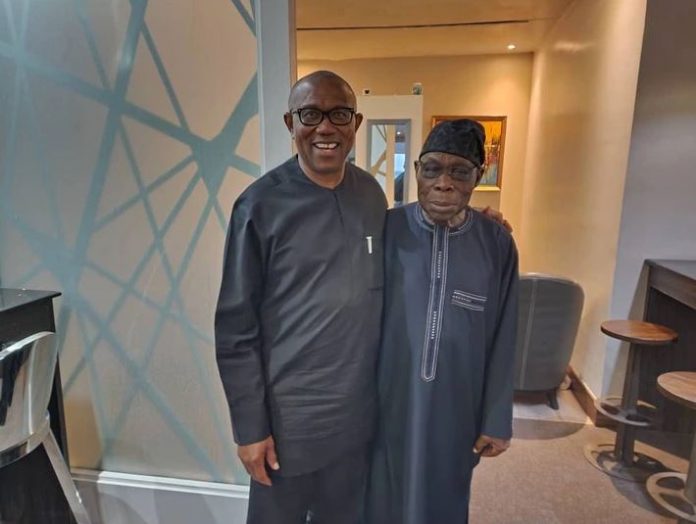 Obi disclosed this on his verified Twitter handle on Sunday night. The aspirant didn’t say if the meeting was scheduled or spontaneous.

The former governor of Anambra State had earlier declared his intention to run for president on the platform of the Peoples Democratic Party (PDP) in 2023. Obi has consulted party stakeholders and delegates in 36 states of the Federation except Adamawa. The meeting between Peter Obi and Obasanjo comes a few days before the opposition party’s presidential primary election. The details of the meeting were not revealed to the public.

Obasanjo served as president of Nigeria between 1999 and 2007 on the platform of the PDP.

However, the meeting between Obasanjo and Obi has generated a lot of reactions on social media.

See some of the reactions below. Can Peter Obi emerge as the PDP presidential candidate?