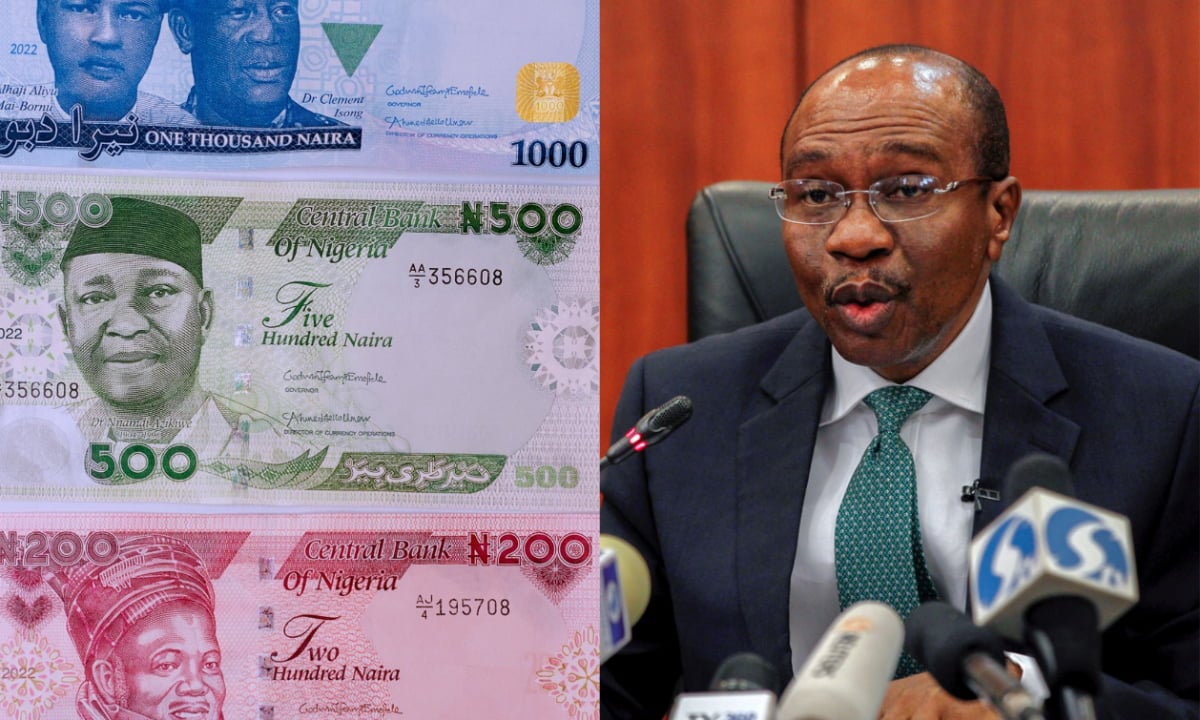 The Central Bank of Nigeria (CBN) says redesigning the Naira notes will help in tackling funding for terrorism and kidnappings in the country.

Gombe State Branch Controller of the Central Bank of Nigeria (CBN), Shehu Alhaji Goringo, who disclosed this onTuesday said the new naira notes are fortified with security features that are difficult to clone.

Goringo spoke in Gombe at the CBN stakeholder sensitisation on the newly redesigned naira notes of 200, 500 and 1000 notes held at Gombe main market.

He said: “We know that some unscrupulous people are trying to make fake naira notes but I can tell you that the new naira notes are fully fortified with security features which will make it difficult for anyone to make any fake copies of them.”

Goringo said the CBN has been given directives to release the new currency to members of the public and very soon, it will flood the market.

“There is no shortage of the new currency. We have it in abundance and we are going to release it to the public. The banks are having it and we are encouraging them to push it out for withdrawal.

Goringo, however, dismissed the possibility of an extension of the deadline for the removal of the old currency from circulation.

He said all he knows is that January 31 is the deadline for the withdrawal of the old naira notes.

He also said there is no limit to the amount of money that can be deposited in the bank.

Zubair noted that globally, currencies are redesigned within five to eight years and that it was long overdue in Nigeria.

According to him, there are lots of benefits in redesigning our currencies.

He added that the redesigned naira notes will also address the issue of terrorism and kidnapping adding that there is a lot of money in circulation before and kidnappers are using the opportunity to collect ransom from the people.

Investment in technology, way of the future, says Osinbajo