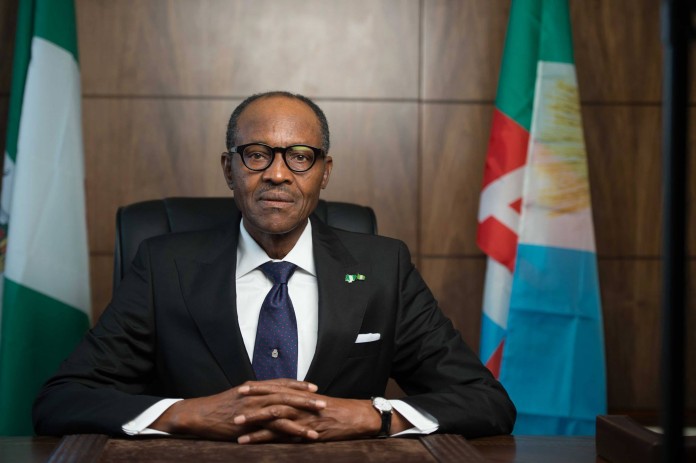 THE Economic and Financial Crimes Commission (EFCC) recently got a boost with the change of its leadership. Ibrahim Magu, a Deputy Commissioner of Police (DCP) was appointed chairman to take over from his fellow compatriot from Adamawa State, Ibrahim Lamorde, who tenure could be described as lacklustre.

Magu’s appointment has undoubtedly brought fillip to President Muhammadu Buhari’s avowed determination to fight corruption to its roots. Perhaps, it could also be safe to conjecture that the new EFCC boss has raised the bar comparable to the tenure of its former chairman and the irrepressive ‎Nuhu Ribadu.

Predictably, Nigerians are elated by the elixir and zest injected into the EFCC and for once they seem happy that indeed there is a con‎certed effort to fight the monster of corruption. Nigerians are much more happy knowing that corruption has become the bane of development, remains a major cause for endemic poverty and pauperisation of the citizenry as well as the basis for the country’s continued sojourn and rating in economic wilderness.

And recen‎t revelations since the arrest of former National Security Adviser, Colonel Sambo Dasuki concerning the alleged diversion of $2.1 billion meant for the purchase of arms for the military to aid in the fight against terrorism and the subsequent sharing of the humongous sum when converted, has exposed the underbelly of a senseless ruling class determined to see that majority of Nigerians remain trapped in the vicious circle of poverty and economic misery.

Among those said to have shared in the booty are former Sokoto State Governor, Attahiru‎ Bafarawa and his son, former national chairman of the Peoples Democratic Party (PDP), Haliru Bello and his son, elder statesmen; Tanko Yakassai, Chief Olu Falae and erstwhile Chairman of the PDP Board of Trustees (BOT), Chief Tony Anenih.

Others said to have been indicted by the EFCC investigation team include former Governors, Rasheed Ladoja, Peter Odili, Jim Nwobodo,‎ Mahmoud Shinkafi and Isa Yuguda, as well as PDP spokesman, Olisa Metuh, some of whom are being tried in various courts.

Without equivocation, it is safe to conjecture that Nigeria’s brand of corruption, apart from its rather crude variant, cuts across religious, regional, ethnic and political affiliation, with a fabric in all categories of society. And there was no sign that the magnitude and pattern of greed in the ruling class were likely to ‎decline until this latest effort by the EFCC and President Buhari to mitigate it’s devastating effect.

Only recently, the Honourable Minister of Information, Lai Mohammed, alluded to another sum of N1.43 trillion said to have been stolen for a five year period and posited thus: ‎”If we could get back into the system one third of the allegedly stolen funds, we would be able to construct 635 kilometres of dual-carriage roads, educate 3,974 children from primary to tertiary level at the cost of 25.24 million per child, build 20,062 units of 2-bedroom housing units, build one ultra modern hospital in each of the 36 states of the Federation and build 183 schools”.

The renewed fight against corruption therefore deserves special commendation and support of all Nigerians as it portents a new hope on the horizon, a significant step in our collective resolve to get out of the cesspit. There is a bright light looming in the shadow of darkness that the country finds itself.

But, personal vendetta, ego, seeming disdain for the rule of law and iron cast military attitudes and discipline have cast a dark patch on the fight against corruption. The ‎consequence is the weakening of national ethos, further destruction of public institutions, return to quasi-fascist rule and near absence of public trust. Nigeria tethers on the whim of an emerging dictator who claimed to have discarded the toga of military dictatorship for which he was previously known.

Take the issue of Colonel Dasuki, for example. The ex-NSA has consistently being arrested, arraigned and granted bail only to be re-arrestef by the EFCC. Both President Mohammadu Buhari and the EFCC Chair have indicated that there is not let off for Dasuki and that the pattern ‎ would continue ad infinitum, perhaps until conviction against the ex-security adviser is obtained.

The fate‎ of the former Director General of the Nigeria Safety and Maritime Agency (NIMASA) , Dr Patrick Akpobolokemi who has been denied bail by the crimes commission despite the order of competent court. Instead, the EFCC in flagrant disregard for the law captured him from a court premises as proof of a desperation to keep him in the cooler.

Perhaps, more ‎prebendal is the trial of the PDP spokesman, Olisa Metuh, which was preceded by a media trial. The EFCC obviously acting out a script from Aso Rock denied Metuh bail by frivolous splitting of the charges in a desperate move to keep him out of circulation, ostensibly because the authorities consider his recent statements as being to harsh and overtly critical.

Yet, nothing compares to the benign conduct of the EFCC in the handling of the case involving Alhaji Jafaru Isah said to be an acolyte of Buhari. The EFCC disclosed that it released him to go home (and din no more?) after he reportedly returned the N100m collected from Dasuki as part of the arms deal. Does the return of stolen money vitiate the enormity of a crime?

It is our contention at the National Daily that the EFCC has over reached its powers in the instances above. The examples identified actually unveil a conspiracy to weaken a public institution as well as erode the independence of the judiciary as contemplated in the ground norm called the constitution.

The public perception and understanding ‎of the current war against corruption indicated that the government is discriminatory in its application of the rule; that we are yet to outgrow the “paddy paddy” mentality of a predatory ruling class at large to persecute perceived foes.

It is not too late to reverse the trend and elevate governance above the whim of a dictator, even though at times benevolent. Buhari must resist the instincts of appropriating public institutions as his military training had conditioned him to be. That is the right way to go – right thing to do.

These figures were not concocted. They were arrived at, using World Bank rates and costs. The cases of the 55 Nigerians are presently in the various courts. The names of those involved are available for those who care to seek them out. In fact, they are in the public domain already! 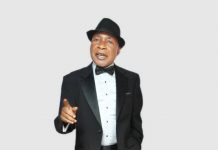