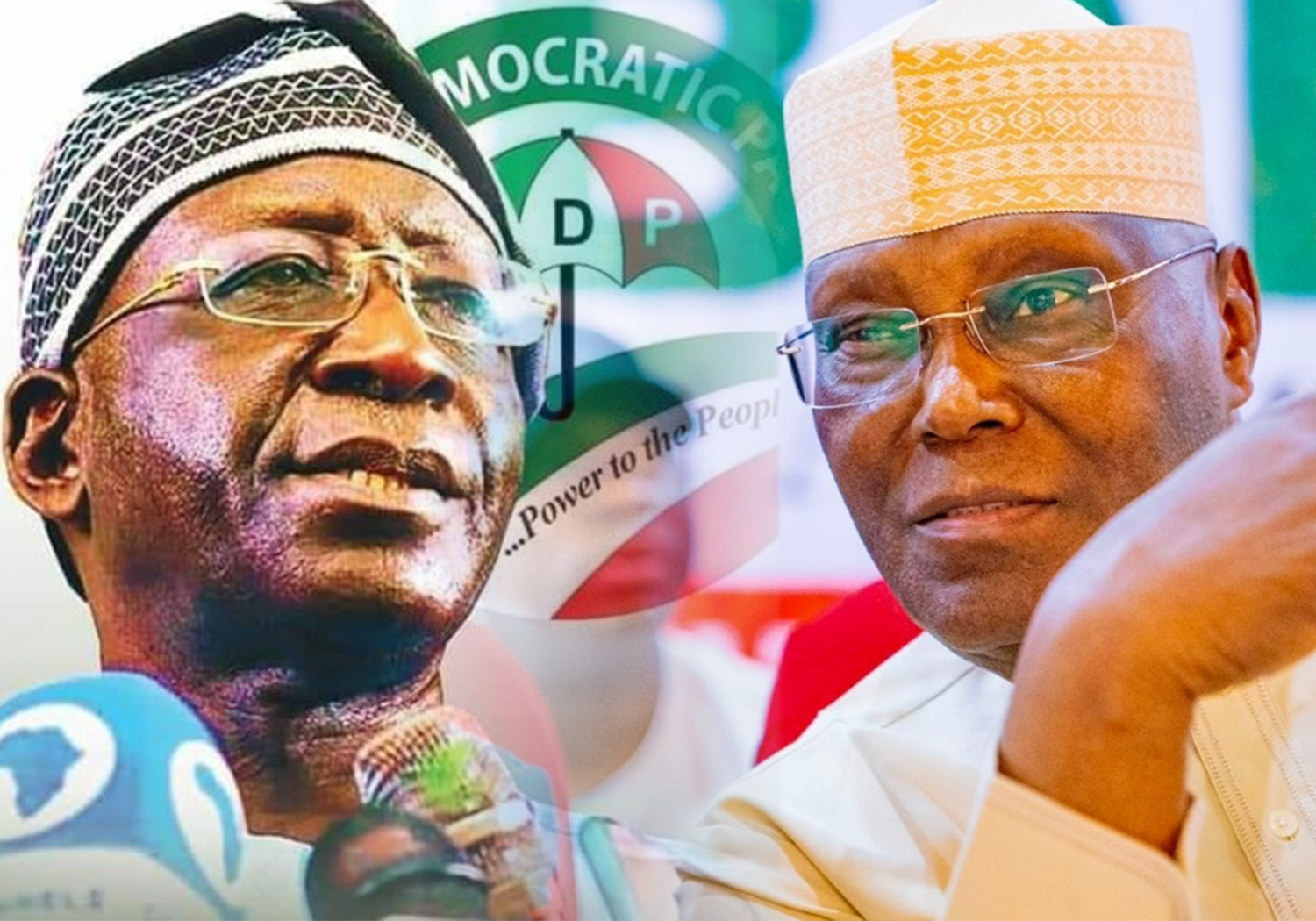 The campaign team of Atiku Abubakar, presidential candidate of the Peoples Democratic Party (PDP), has explained that removing the party’s national chairman, Iyorchia Ayu, may trigger another crisis in the party.

There have been calls for the resignation of Ayu, especially by those in the camp of Nyesom Wike, governor of Rivers state.

However, on Thursday, the PDP national executive committee (NEC) passed a vote of confidence in Ayu and the national working committee (NWC).

Speaking in an interview with Arise Television on Saturday, Charles Aniagwu, spokesperson of the Atiku campaign organisation, said instead of removing Ayu, the PDP is exploring other options within its constitution in resolving the crisis.

He said a lot of ground has been covered in resolving the crisis and that progress is being made by stakeholders in different quarters.

“So far, the party has been able to point in the right direction. But let me make it clear that the main issue that individuals have continued to canvas, the issue of the stepping down of the national chairman, has been overtaken by events following the endorsement by the national executive committee of the party that they have now received a vote of confidence,” he said.

“Individuals may misinterpret it to mean calling the bluff of certain stakeholders but that is not it. The party leadership examined the issues vis-a-vis the provisions of the party’s constitution as amended in 2017.

“The third in line is the national secretary. When you look at these positions, the national chairman is from the north, and because of the position of the constitution, the deputy who is the second in command also comes from the same region.

“If you proceed to section 45 of the PDP constitution, it makes it very clear that in the event of removal or resignation of the national chairman, the national deputy chairman takes over and acts in the position of that national chairman pending when the party is able to either organise another election or, through the NEC, is able to take a decision as to how to rearrange the hierarchy of the party.

“But knowing quite well that these positions are elective positions, even if you had asked Ayu to step down for power to come to the south, the provisions of the constitution of the party will also be offended except you have to take another decision to also remove the deputy national chairman of the party because the slot falls on him immediately by provisions of the law.

“In the event that the party is able to solve that puzzle by bringing both national chairman and deputy to south, the third person in the hierarchy of the national working committee of the party is the national secretary and from the south, specifically senator Samuel Anyanwu from Imo state.

“Now if you decide to bring these two positions to the southern part of the country, have you also made arrangements to take the national secretary back to the north? What does that tell you?”

Aniagwu said the party considered all the potential issues and that making new changes before the presidential election may also trigger another round of crisis.