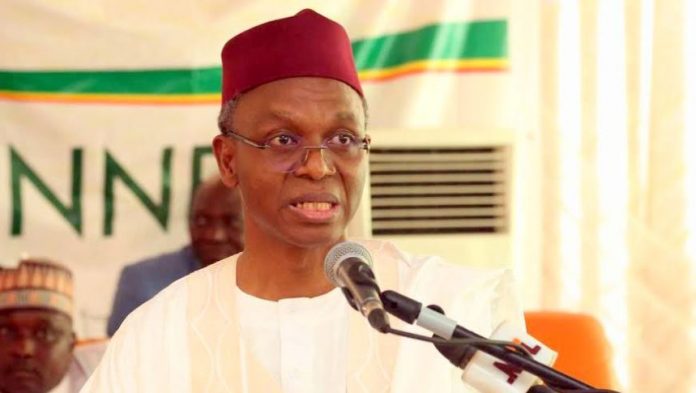 Governor Nasir el-Rufai of Kaduna state has been advised to reverse the law in the state which aims at gagging the activities of both Christian and Islamic preachers in the state.

Recall that the governor in the wake of religious crisis in the state had come up with a law banning the playing of religious cassettes in public places, preaching without license, use of loudspeakers outside mosques or churches and their surrounding areas, abuses of religious books and many others.

Reacting to the law on Sunday, Senior Pastor of Greater Liberation City worldwide, Dr. Chris Okafor said the law is targeted at Christians and that God in heaven will not sit down and allow his mandate diminished.

He warned the Kaduna state Governor that if he refused to repeal the law within 7 days he will see God wrath, stressing that within two years after his re-election God will visit him, so it is better he listen to advise from above before it’s too late

Dr. Chris Okafor lamented that the law can never stand because nobody can stop God work and the Holy Spirit movement to win more soul out of the kingdom to darkness to the kingdom of light, he remarked.

The man of God challenged Christians to rise up to the occasion by praying against any war raises against the body of Christ, stressing that the law is aimed at preventing further evangelism.