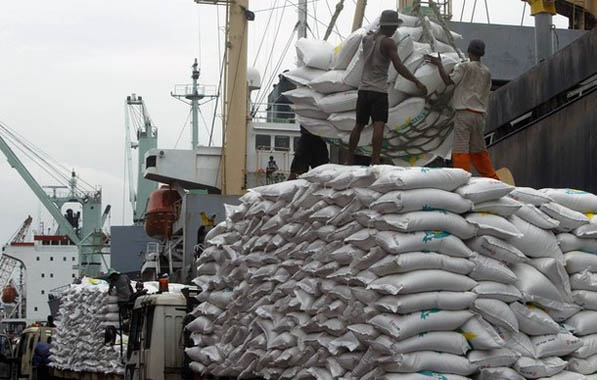 In three weeks’ time, the price of rice that has been soaring around N20,000 a bag will begin to retrace. The federal government stated this on October 10.

The reason, according Agric Minister Audu Ogbeh, is that more Nigerians are returning to their various farms, and that the next rice harvest is November.

“By November when the full-scale harvest starts, rice prices will fall,” said Agric Minister Audu Ogbeh in Abuja on Monday.

While addressing the Senate committee on agriculture, the minister also explained that the delay in the approval of the 2016 budget made it impossible to implement the capital expenditure in the agricultural sector.

Ogbeh also dismissed the speculations that the government will start importing rice. He said  it would be detrimental to local production.

“We will not encourage rice importation and there is no way our ministry or government can be involved in importing rice when we are working hard to be self-sufficient in local production,” he said.

However, the minister pointed out that only six to seven states in Nigeria are showing enthusiasm in agriculture. “Some by nature don’t seem interested, while others just can’t connect with whatever we are doing at the federal level.”

The Minister of State for Agriculture and Rural Development, Heineken Lokpobiri, said that the $22bn annual food import bill had led to the astronomical rise in the price of rice and other commodities.

On why the ministry had yet to start implementing its capital budget, Ogbeh said, “It is about now that the capital expenditure is beginning. One of the reasons why money is not circulating is that we need to follow the due process on issues of procurement, advertisement and others.”

He noted that his ministry has spent just N882.58 million, about four per cent of the N21billion budgeted for it in the 2016 Appropriation Act.

Ogbeh further stated that his ministry inherited N67bn debt when the present administration came on board, but added that N20bn had been paid to agro-dealers and distributed 900 million oil palm seedlings to farmers across the country.