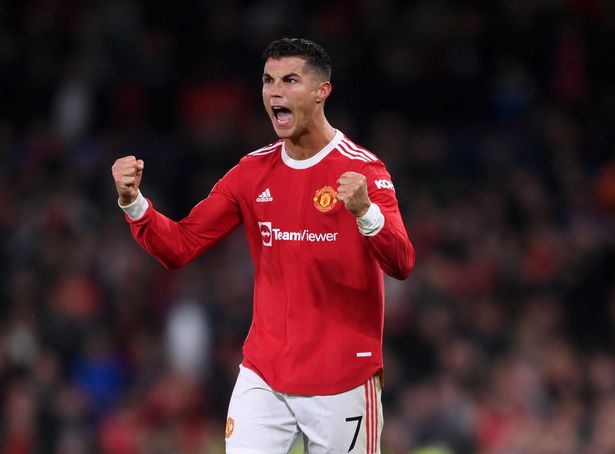 Cristiano Ronaldo was earlier this week seen his official relationship with Manchester United severed after his contract with the Old Trafford club was mutually terminated with immediate effect.

Meanwhile, National Daily can confirm that though Ronaldo is gone, but the memories he left at Old Trafford remain alive and United’s forward Marcus Rashford has wasted no time to relish such memory.

For Rashford, it was an ‘unbelievable experience’ to have played with the five-time Ballon d’Or winner and has wished his former team-mate ‘all the best’ following his departure from Old Trafford.

For Rashford, playing with Ronaldo was an ‘unbelievable experience’

Despite the sour nature of Ronaldo’s exit, Rashford will look back at the Portuguese’s second spell at United fondly and has thanked him for his help on and off the pitch.

Rashford speaking from England’s World Cup camp in Qatar expressed: ‘It has been an unbelievable experience to play with him,’ Rashford. ‘He is one of my idols and someone I always looked up to.

‘It’s something I can keep with me forever. I wish him all the best and we want to thank him for the things he’s done for Manchester United.’

There is no doubt that the 37-year-old Ronaldo had enjoyed a superb first spell at Old Trafford between 2003 and 2009 when he lifted three Premier League titles and the Champions League and notably his first of more Ballon d’Or awards under Sir Alex Ferguson.

The former Real Madrid and Juventus forward returned to United in the summer of 2021 and largely impressed in his first season at the club, scoring 24 goals in 38 appearances.

Ronaldo will now hope to use the World Cup to find himself a new club, with Saudi Arabian outfit Al Nassr reportedly willing to pay him more than £1m a week if he signs a three-year deal.

Cameroon kicks star player out of the World Cup