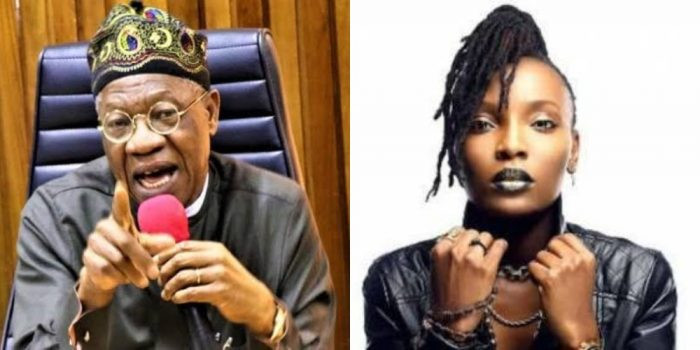 The minister while addressing the media on the occasion of the first anniversary of the EndSARS protest, described DJ Switch as ‘Run-away DJ’.

DJ Switch made news after sharing live feeds from the Lekki tollgates after the military stormed the venue of the protest. She insisted that soldiers fired live bullets at protesters on October 20, 2020. There were reports that the authorities were after her, forcing her to flee abroad but she recently issued a statement on her Instagram page denying claims she had fled. She said she only went into hiding but did not leave the country.

At his press briefing, the minister accused DJ Switch of joining those who lied against security operatives. Although he did not mention her name specifically, it was clear that he was referring to her.

“The testimony of ballistic experts before the Judicial Panel of Inquiry in Lagos contradicts the tales by the moonlight by Amnesty International, CNN, a runaway DJ and their ilk.

The only ‘massacre’ recorded was in the social media, hence there were neither bodies nor blood. Amnesty International, CNN, a runaway DJ and others like them should apologize for misleading the world that there was a massacre at the Lekki Toll Gate and for portraying the Nigerian military, police and other security agencies in bad light.” he said.

R. Kelly is placed on suicide watch weeks after being convicted of sex trafficking charges in New York