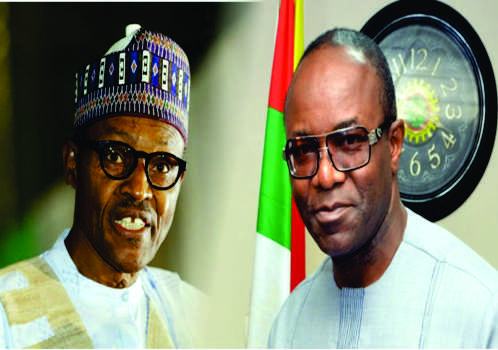 …unveils plans to privatize pipelines
The minister for State for Petroleum Resources who is also the Group Managing Director of the Nigerian National Petroleum Corporation (NNPC), Dr. Ibe Kachickwu has warned Nigerians against panic buying of petrol, saying there are enough to go round.
Kachickwu gave this advice while on tour of petroleum products depots in Apapa, Lagos. He appealed to marketers and depot owners not to sell products above the official depot price of N 77.66 per litre.
Kachikwu equally assured Nigerians that the current fuel scarcity will not roll over to the yuletide just as Nipco Plc restated its commitment to ship in more cargoes to augment supplies from the NNPC.
Recall that Nipco had, few days ago, imported 37 million litres of petrol when most marketers refused to import owing to the outstanding subsidy claims of over N413 billion.
Acknowledging the support of Nipco, especially with its commencement of product imports, Kachikwu implored other marketers to follow suit as all pending obligations to them in respect of subsidy claims, and other commitments would be settled soon.
On hoarding and products scarcity, the Minister who also doubles as the Group Managing Director of the Nigerian National Petroleum Corporation (NNPC), urged marketers and depot owners to collaborate with the Federal Government to end the scarcity, adding that the Corporation has enough stock to last beyond December while some cargoes are expected in December.
In another development, the minister has unveiled plans to privatise the country’s petroleum products pipeline chain. He said the move to privatise the pipelines was part of efforts aimed at reducing the issue of petroleum products theft, noted that it will also address the challenge of constant vandalism.
“Ultimately, we are going to look at pipelines early next year in January to see how we can privatise the management of these pipelines and get them out of these perennial problems they have because if we are pumping directly through these pipelines, some of these problems will be reduced. But like I said, all these problems added are not as big as the problems of the fact that the major participants are not bringing products,’’ he said.