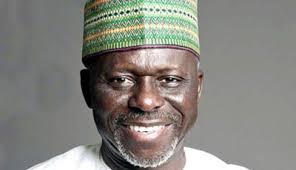 The Governor handed down the warning in a statement issued in Abuja by his Chief Communications Manager,Mr  Phrank Shaibu.

He said there were disturbing security reports that certain persons want to cause a breach of the peace in the state by replicating the saturnalia of violence Nigerians were fed with only a few days ago at the National Secretariat of the APC but cautioned that anyone found wanting irrespective of political leanings, would be decisively dealt with.

His words: “I am appealing to all political parties not to breach the peace by contemplating a semblance of that show of shame in any part of Kogi State. Security reports show that certain persons are planning to disturb the peace and we must not give them the opportunity to do so. This administration has a responsibility to ensure a peaceful atmosphere that guarantees freedom of movement is sustained.

“As a government, we have worked with the citizenry to make history in our state. We believe firmly in the resilient power of the people to determine what is best for them. Over the past three years, we have worked hard to make this possible and as always we are confident of their support for us”.

Share this on WhatsApp
Related Topics:Captain Idris WadaKogi Governor
Up Next