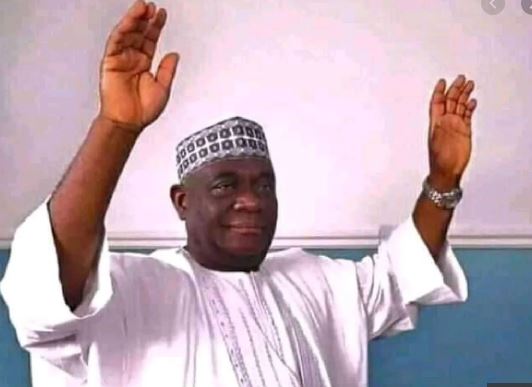 Share this on WhatsApp
Spread the love
By Kingsley Chukwuka, Jos
The Senator representing Plateau South at the National Assembly, Ignatius Longjan, may have died of diabetes and high blood pressure, says his media aid, Mr. Wulime Goyit.
Goyit who spoke to our correspondent on Monday, said Longjan who was the immediate past deputy governor to former governor Jonah Jang, has been battling with sugar and BP since August 2019.
“He has been battling with a lot of ailments raging from high BP to sugar. He has been down since August last year with his health fluctuating, but since after the Appeal Court verdict that upheld Governor Lalong’s election, he never recovered from the ailment until his death”, he said.
However, Governor Simon Lalong has described the death as shocking and devastating, saying that his death has left a vacuum to not only the people of Plateau South, but to the entire State, adding that his wisdom and advise will be greatly missed.
In a statement signed by the Director of Press to the governor, Dr. Makut Macham, Lalong said: We have lost a man of honour and candour who in all his affairs always put the interests of Plateau State first.
“His humility and wealth of wisdom was always at display when he weighed on any issue that concerns people: we will surely miss him.
“The Former Deputy Governor served Plateau State steadfastly and loyally from 2011 to 2015, and also played a significant role in ensuring political stability in the State all through the period of various security challenges that the State passed through”, Lalong said.
Our correspondent reports that Sen. Longjan was a former Chief of Staff to the former Governor of Plateau State Jonah Jang.
A retired career diplomat and a chieftain of the ruling All Progressives Party in Plateau State and Deputy Chairman, Senate Committee on Culture and Tourism.
Late Longjan died in the early hours of Monday morning at the age of 75 years, our correspondent reports.
Share this on WhatsApp