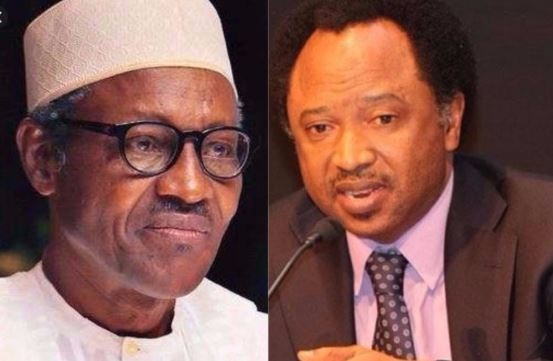 Former lawmaker representing Kaduna Central Senatorial district, Shehu Sani, says the attack on Northern Elders led by Prof. Ango Abdullahi by the Presidency in response to a statement credited to the group has showed that the President Muhammadu Buhari-led administration is allergic to the truth.

Shehu Sani had in a post on his official Twitter account on Monday urged the Federal Government led by President Muhammadu Buhari to accept the truth told by the Northern Elders Forum which stated that the current administration was a failure.

He said that the attack launched by the president against NEF through a statement issued by Buhari’s Spokesman, Femi Adesina, showed that the government was allergic to the truth.

He said; “Attack on Northern Elders is allergy to truth. If Professor Ango Abdullahi is a General without a troop, the ones with troops are unable to save us from the menace of kidnappings & killings.

In the statement issued by Femi Adesina, the presidency said the NEF does not have a credible membership, adding that the group had before the 2019 presidential elections expressed its hatred for President Muhammadu Buhari.

The presidency said the Peoples Democratic Party (PDP) candidate, Atiku Abubakar, who the NEF supported in the election suffered defeat.

The statement read: “Prof. Ango Abdullahi, on Sunday, signed a long-winding statement on many issues relating to the North, and purportedly to the country.

“The former vice-chancellor signed the statement under the banner of Northern Elders Forum (NEF). Hearing that title, you would think the body was a conglomeration of true elders.

“But the truth is that NEF is just Ango Abdullahi, and Ango Abdullahi is NEF. It is a quasi-organisation that boasts of no credible membership, and its leader is akin to a General without troops.

“Before the 2019 presidential election, the one-man army called NEF had shown its antipathy against President Muhammadu Buhari, and its preference for another candidate. They all got beaten together.

“NEF is merely waving a flag that is at half-mast. President Buhari steadily and steadfastly focuses on the task of retooling Nigeria, and discerning Nigerians know the true state of the nation. They don’t need a paper tiger to tell them anything.”