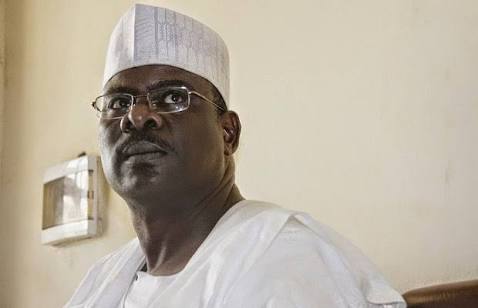 Share this on WhatsApp
Spread the love
Borno Sen. Ali Ndume is going on a six-month-long suspension following the clearing of Senate President Bukola Saraki and Sen. Dino Melaye by the upper chamber on Wednesday.
The former Senate leader got more than he bargained for when he asked for investigation of allegations on Saraki importing a bullet-proof car with fake documents, and Melaye presenting a fake B. Sc certificate to INEC.
The Senate ethics and privileges committee, however, cleared the two on Monday.
Committee Chair Samuel Anyanwu said Ndume failed to conduct proper investigation before making “the allegations.
“When we see anything against another Senator, we must bring it to the floor of the Senate before making hurtful statement,” Sen. Barau Jibrin said in his contribution before Wednesday’s vote was taken.
He was suspended for six months, instead of one year originally recommended by the ethics committee.
But during the investigative hearing, Ndume told the committee he only raised a petition against the duo of Melaye and Saraki based on what he read in the media.
He also added the Senate, because of those allegations, became a subject of public ridicule.
Sahara Reporters reported few days ago that the Senate was hard on Nigeria Customs Service C-G Hameed Ali because the NCS impounded Saraki’s car over fake documents and duties dodging.
The online whistleblower also claimed Melaye didn’t graduate from three of the instititions the lawmaker claimed he attended.
Ndume has been having a run-in with his APC colleagues since he lost his position as Senate leader early in the year.
The APC senator said he was out of favor because he rooted for the confirmation of EFCC’s Ag. Chair Ibrahim Magu whose nomination the Senate has rejected twice.
Share this on WhatsApp