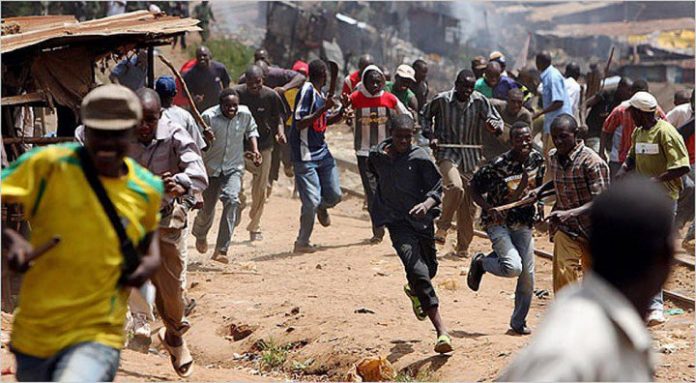 By Inyali Peter, Calabar
There is a looming crisis in Cross River State as unknown gunmen have shot dead a Fulani herdsman, Alhaji Umar Garba a fortnight ago in Gakem community in Bekwerra local government area of the State.
The gunmen also killed cattles which numbers can not be ascertain at press time.
The attack on  Umar who is said to have lived in the state for over 50 years is rumoured to have been perpetrated by youths from neighbouring Benue State.
The village where the sad incident took place is the border community between Cross River and Benue state.
The head of the Fulani herdsmen in the state, Mallam Adamu Musa, said the deceased was out grazing with his cattles when young men in a motorcycle  approached and shot dead him for unknown reason.
Musa narrated that “Tomorrow Thursday will make it 2 weeks since they killed my brother They came from Benue state on a motorcycle and they pumped about 50 bullets into his body and killed some cattle too. His body was severed from the number of bullets that were fired”.
Although Adamu has assured that the Fulani community will continue to remain law abiding, the incident has caused serious tension in the state over a possible reprisal attack by the Fulani herdsmen.
The case according to Adamu has been reported to the Police and relevant authorities for further investigation.
Special Assistant to governor Ben Ayade on non indigenes (Muslim) Affairs,  Alhaji Abdukarim Adamu who confirmed the incident added that the victim was buried the same day according to Muslim traditions.
Adamu said that “He was buried that same day in Ogoja according to Muslim rites and I witnessed the burial”.
The State Police Commissioner Hafiz Inuwa during a media chat with Journalists on Wednesday in Calabar said that one herdsman was killed in the state noting that the Police is currently working to bring perpetrators to book.
According to him, “There was also a complain that in one community about two or three weeks go, some Fulani cattles were killed and the Fulani man was killed. There was apprehension, we went into it, called the two parties, mediated between them and we are still on it in a bid to ensure that those who killed the Fulani do not go unpunished, we are still on it.”
PV: 0