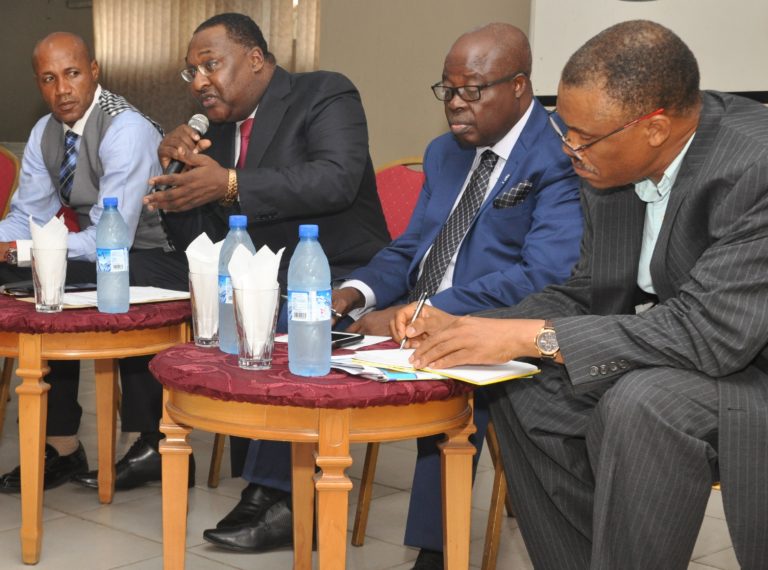 Maritime sector stakeholders have expressed concerns over the Federal Government’s implementation of the policy on cargo palletization.

At a Town Hall Meeting organised by leading maritime consulting firm, Ships & Ports in Lagos, the stakeholders were unanimous in their resolution that the controversial policy will increase the diversion of Nigeria-bound cargoes to the ports of neighbouring countries where the policy is not implemented.

According to the communiqué issued at the end of the Town Hall Meeting, the maritime stakeholders also raised issues on the importation of strange organisms into the country through wooden pallets and the management of the pallet waste after use.

Speaking at the meeting, National President of the Association of Nigerian Licensed Customs Agents (ANLCA), Prince Olayiwola Shittu said the palletization policy holds no benefit for the country and “will also further breed corruption” at the port.

“The policy will be difficult for shippers because we are an import dependent nation. Palletization will enhance corruption in the ports, as a good chunk of the internally generated revenue in the port goes into private pockets. Palletization should not be our priority, rather let us look at how we can improve services at the ports,” he said.

According to Ajoh, what the ports need urgently is enhanced cargo examination system to facilitate ease of doing business.

He said, “We need scanners. Government needs to deploy technology at the port for Customs examination and release processes. That is the way to go. Palletization takes us backward and cannot work in Nigeria.”

The Managing Director of CMA CGM – a leading container carrier operating in Nigeria, Mr. Todd Rives said that the policy would lead to the loss of substantial revenue by the country, warning that the policy must be thoroughly thought through by government.

Also speaking via telephone from France, the shipping line representative, who did not want his name in print, said container carriers operating the Nigeria route from various parts of the world “are watching developments with regards to the new policy of the Nigerian government”.

“One thing I can tell you immediately is that it’ll certainly lead to a hike in freight rate. We also estimate a volume increase due to customers changing from 20ft to 40ft containers or shippers using more containers due to limited space in utilization of a container because of the pallets. This space could lead to an additional cost of about USD150 million (N46.5 billion) annually.

Share this on WhatsApp
Related Topics:cargo palletizationMaritime Sector
Up Next