THE Acting Director-General of the Standards Organisation of Nigeria (SON), Dr Paul Angya, has given reasons why the agency’s standard enforcers have resorted to chasing trailers and containers on the highways rather than other less risky methods of enforcing standards.

Angya who was speaking to stakeholders in the nations’ maritime sector at a forum in Lagos said the reason is because, contrary to general impression, SON had long been sent out of the nation’s ports, and had no alternative than to seek other ways of carrying out its statutory functions.

”As I speak to you, SON is not at the ports. SON can only go the ports at the invitation of the Customs. We are begging to be allowed to come to the ports to do our jobs, but we cannot force our way into the ports”.

Angya said that result of the current position of things is that up to 60 per cent of the containers that arrive the nations’ waters leave the ports without inspection by the SON, with obviously negative implications.

“Put us at the ports, we will hold unscrupulous importers. SON was removed from the ports to facilitate trade but that trade is killing Nigeria and Nigerians now. We can’t continue like this. Our young ones can’t get jobs because they are no manufacturing companies. Our manufactures have gone to China and other places.”

According to him, the Comptroller of Customs has however been receptive of SON’s initiatives for a collaborative way of policing the ports more effectively, adding that modalities for that had already been established in the course of recent meetings and deliberations.

“But until we are allowed to enter the ports, we cannot force our way there. If we are not told that a container is open for examination, we would not know. We get to know only when they are running on the highways. And in order not to be seen to be abdicating our duties, we risk our lives on the highways, trying to ensure that substandard products do not enter Nigerian markets.”

Angya who was reacting to-matter-of-fact remarks of some operators in the maritime sector that the agency was legally still at the ports, equally enjoined them to do their business honestly and in obedience to the laws of the land.

He criticised a situation where traders try to circumvent established policies of good clearance only to turn round to blame regulatory agencies for hampering their activities.
He gave example with Form M which he explained is supposed to be processed by importers before the goods in which respect such forms are issued arrive the country, informing however that most traders start the process after their consignments had arrived the country. 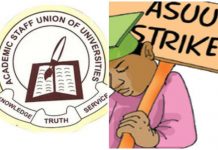 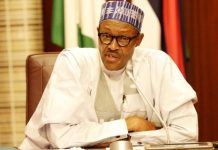