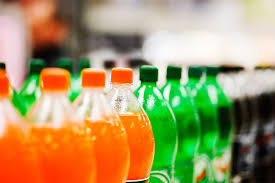 Share this on WhatsApp
Spread the love
Scientists at the United States National Heart, Lung, and Blood Institute in Massachusetts have warned that people who consume sugary drinks are more likely to develop cardiovascular disease and type 2 diabetes.

According to a six-year study, scientists found that those who drank sugar-sweetened drinks every day put on 30 per cent more ‘visceral fat’ than those who never drank them.

Visceral fat becomes wrapped around major internal organs such as the liver, pancreas and intestines, increasing the risk of heart disease and triggers insulin resistance, a major cause of type two diabetes.

They asked each participant how often they drank sugar-sweetened and diet drinks, and then, using specialised X-rays, they calculated the amount of visceral fat in each person’s body at the start and end of the project.

According to the results, published in the Circulation medical journal, people who drank sugary or fizzy drinks every day put on nearly a litre in extra visceral fat over the six years.

The team, which included experts from Harvard Medical School and Tufts University in Boston, said the study adds another piece of evidence to the growing body of research suggesting that sweet drinks are harmful to health.

“Our message to consumers is to follow the current dietary guidelines and to be mindful of how much sugar-sweetened beverages they drink.

“To policy makers, this study adds another piece of evidence to the growing body of research suggesting sugar-sweetened beverages may be harmful to our health.”

Her team found that participants in the study who drank sugar-sweetened drinks every day increased their visceral fat by an average of 852 millilitres over the six years, 30 per cent more than those who never drank sweet drinks.

Those who consumed sweet drinks at least once a week put on 707ml of visceral fat, seven per cent more than those who abstained completely.