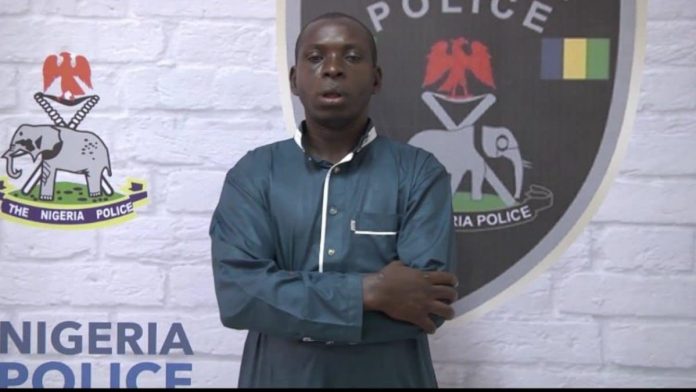 As two separate investigations into the killing of the IGP Intelligence Response Team members by soldiers continue, the re-arrest and confession of the notorious kidnapper running a ring comprising top cops and soldiers in Taraba has only fuelled anxiety.

According to the Nigerian police authorities, Hamisu Bala Wadume was re-arrested in a hideout in the Hotoro area of Kano on Tuesday. And he is already spilling his gut about the soldier-police shoot out o Aug 6 when he was first re-arrested.

“After arresting me, they were taking away when soldiers went after them and opened fire and some policemen were killed,’ said Wadume in his Tuesday confession at the Force Headquarters, Abuja.

“From there the soldiers took me to their headquarters and cut off the handcuffs on my hands and I ran away.

“Since I ran away, I have been hiding until now that the police arrested me.”

Preliminary investigations from both the police panel and the joint panel headed by CDS Olonisakin have indicted soldiers and police officers running recon assignments on potential victims for Wadume.

This explained why the IRT members who initially arrested the criminal at Ibi on Aug. 6 were shot dead, and the handcuffed suspect was released by a company of soldiers that gave a chase as the police whisked Wadume to the state command headquarters.

The incident has set the two forces on a warpath as both sides made claims and counter-claims.

A statement by the Force Public Relations Officer, DCP Frank Mba said the Inspector-General of Police, M. A. Adamu expressed confidence that the police will get details of Wadume’s activities and those of his military accomplices the police now refers to as rescuers.

“It is his belief that the re-arrest of the suspect, Alhaji Hamisu Bala Wadume, will no doubt, help in bringing answers to the numerous but hitherto unanswered questions touching on the incident and the larger criminal enterprise of the suspect,” Mba said.

“The suspect, who was appropriately restrained at the time of the incident, was subsequently released by his “rescuers” after they had destroyed the restraining handcuffs.”

The Defence Headquarters too has issued its statement, saying the re-arrest will help set the record straight—though the armed forces authorities are aware soldiers, including a captain, wee already complicit.