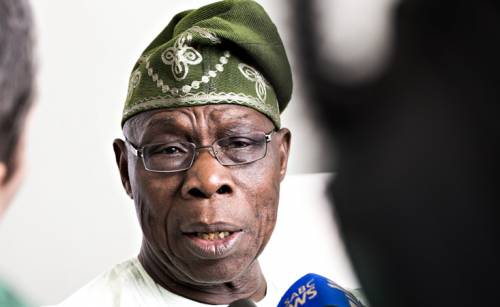 The Coalition for Nigeria Movement had a clandestine meeting during the week, thereby setting in motion the move to wrest power from the ruling APC, and edge out the opposition PDP.

Both parties have been described as wobbly by the founder of the Coalition, former President Olusegun Obasanjo who believes there is an urgent need for a third force before 2019.

However, Obasanjo may have sympathies for certain elements within the parties, and he might not have it easy smuggling one of them in as the coalition’s candidate for the 2019 presidential election.

The first hush meeting held at Protea Hotel, Ikeja, Lagos, during the week, had in attendance members of the Nigerian Intervention Movement (NIM), and 35 other featherweight parties, including the Labour Party, the SDP, and others.

But also present there was Sen. Rabiu Kwakwanso, a former governor of Kano and 2014 APC presidential hopeful.

Kwankwaso was hot on candidate Muhammadu Buhari’s heels in the party’s primary held in Lagos in the run up to the 2015 election. The senator has also been sparring with Buhari in a popularity contest in Kano.

Observers of Nigeria’s politics are also not in doubt Kwakwanso was Obasanjo’s favourite for the 2015 election—only that the former president could not make Bola Tinubu, the APC national leader and chief architect of Buhari’s victory, buy into the idea.

Kwakwanso’s invitation to the Lagos strategy meeting was, however, chalked up as one of those things, especially considering the fact that the former governor was once a minister under Obasanjo, and a diehard loyalist to the convener of the CNM.

But a co-founder of the NIM, SAN Olisa Agbakoba, has hinted other members of the coalition are watching carefully.

Agbakoba admitted they were all at the meeting, and will be at many others Obasanjo will convene—to explore the option of working together and have a solid front against 2019.

“We will not be supporting the APC or the PDP. We have agreed on that,” he told the Punch. “But we have not agreed on who the candidate would be and other minute details.”

According to him, Kwakwanso and another of Obasanjo’s loyalists in the APC, Olagunsoye Oyinlola, were there.

“We told them in clear terms that if we are to work together, it would present a challenge if the Nigerian voting population see the same old people and then there would be no change,” said Agbakoba.

Other PDP washed-up party men present at the meeting were Cross River’s former Gov. Donald Duke who is also gunning for a presidential ticket,  and Akin Oshuntokun, a former adviser to Obasanjo.

What still baffles many is that the sprawling coalition is not supposed to be a political party, according to its founder who said he is done with partisan politics, and that he will bow out as soon as the coalition turns partisan.

How it hopes to bid for political power by just being a pressure group with no affiliation to the two major parties in Nigeria will sure surprise Nigerians. 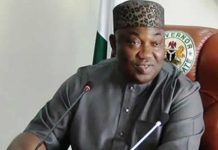