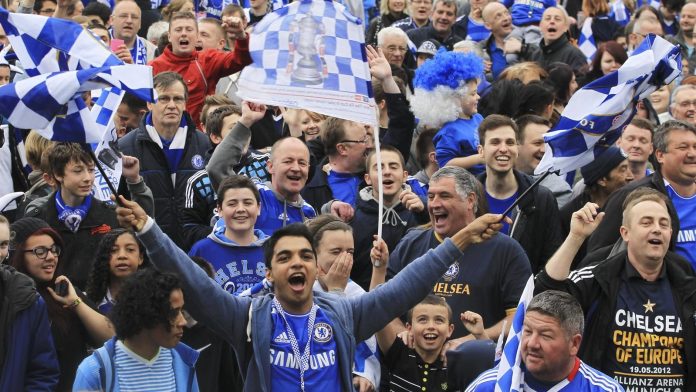 Manchester City were perfectly poised to win their fifth English Premier League (EPL) title with a victory at the Etihad against Chelsea on Saturday.

Manchester City and Chelsea trade tackles as what appeared to be a dress rehearsal to the UEFA Champions League finals in Istanbul later this month.

Unknown to the Etihad side, the Blues who have only lost just twice in their 24 games under Thomas Tuchel were out to delay their celebrations with a come back fight after an excellent second-half performance.

Pep Guardiola had set the path to his third EPL tiltle with City when Raheem Sterling put his side ahead in the first half and they should have extended their lead, but for Edou Mendy save of Sergio Aguero’s Panenka penalty.

The Blues finally struck when Hakim Ziyech hit an equaliser in the second half and in the dying moments, a combination of Marcos Alonso and Callum Hudson-Odoi bundled the ball beyond Ederson to deny City winning the title today.

Chelsea fans have got reasons to trust their side to add to their 2012 UEFA Champions League title with a win against City later this month as  *National Daily* recalls that Chelsea have already beaten City under Tuchel’s watch with their 1-0 victory at Wembley in the FA Cup semi final last month.

Leave a Reply to El-Rufai has fallen out with presidency, Ortom voices out | National Daily Newspaper Cancel reply