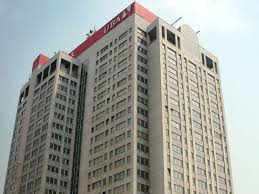 United Bank of Africa has become the toast of investors on the floor of the Nigerian Stock Exchange following the huge demand for its stock in the last four weeks, National Daily has gathered.

The bank which featured consistently in the past four consecutive weeks within the two most active stocks at the equities market is expected to release its audited report and accounts for the first half ended June 30, 2018 this week.

National Daily gathered that the tier one bank was the most active stock last week with a turnover of 332.72 million shares valued at N2.68 billion in 978 deals, representing 34 per cent and 26.15 per cent of the total turnover volume and value traded respectively at the Nigerian Stock Exchange (NSE).

A source within the bank told National Daily that UBA would submit its report within the August 29, 2018 deadline for audited half-year results for the period ending June 30, 2018.

Profit after tax stood at N23.7 billion in first quarter 2018 compared with N22.4 billion recorded in corresponding period of 2017. The group sustained its strong profitability with an annualized 18 per cent Return on Average Equity (RoAE).

Speaking on the first quarter result, Group Managing Director of the bank, Mr. Kennedy Uzoka, said barring unforeseen circumstances, the bank look forward to sustaining its strong performance through the year, with the primary objective of delivering superior return to its shareholders.

“We are committed to exceeding our 2018 deposit growth target in the year, with strategic focus on retail, low cost savings and current accounts, which is critical to sustaining our net interest margin uptrend,” Uzoka said.

He pointed out the increasing relevance of the group’s African operations to its bottom line, adding that the bank is increasingly becoming systemically important across the 19 other African countries, where it operates.