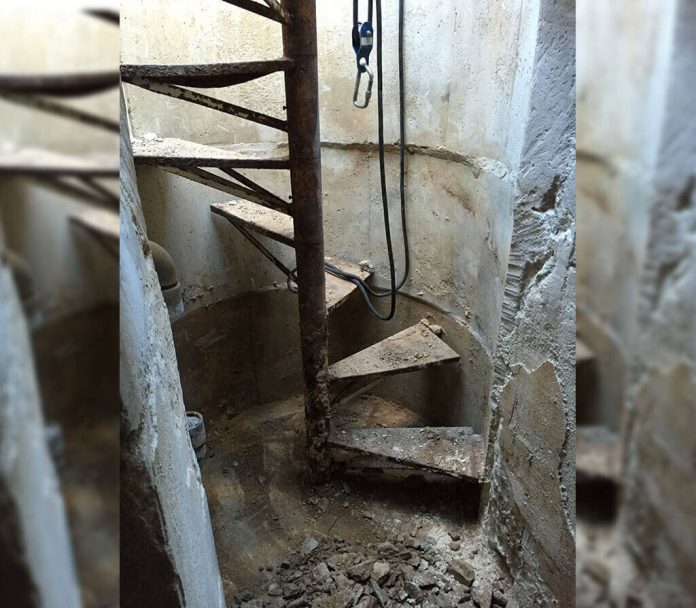 A New Underground Opportunity
What would you do if you discovered that you had an enormous maze of rooms buried right in your own backyard? How would you use the space? John’s friends had some fun ideas for him, including a cigar bar, wine cellar, or “man cave.”
Other people around the world have converted old bunkers into beautiful modern homes, hotels, art galleries, and recording studios. But John had something different in mind for his backyard treasure.
John Connected To Others With Backyard Bomb Shelters
After posting about his bomb shelter online, John Sims learned that he was in good company. His post on Reddit went viral, and he began connecting to others who have backyard fallout shelters.
ALSO READ: Unbelievable! See what this man found in his backyard after hearing a rumour
His interest in these shelters, and the Cold War era, has grown. In fact, he has special plans to turn his own historical bunker into a museum of sorts – meaning he has a lot of work ahead of him. So what was the next step for John?
We’ll learn more about John’s future plans for the shelter in just a bit.
It Started With A GoFundMe Page
John’s next step in restoring his bunker to its former glory was setting up a GoFundMe page. He wrote, “Hi, I’m John and I need some help restoring a vintage Fallout Shelter that I have uncovered in my back yard.“
He was specifically looking for assistance in reconstructing the shelter’s entryway, since that needed to be done before he could start making repairs and improvements downstairs. He elaborated, “the upper entry needs a large concrete pour to secure the entry and the metal circular staircase needs to be replaced.” John estimated that the project would cost around $2,000.
The Stairway Is Complete!
Although John’s GoFundMe campaign was widely shared and he received several hundred dollars in donations, the goal of raising $2,000 for the stairway rebuild ultimately fell short. Of course, that didn’t stop John from proceeding with his plans! He even took time off from his job to work on the all-important staircase.
After sharing a series of updates on the project, John reported that the entry area was finally done: “Stairs are finished! Now it’s easy and safe to climb in and out.” He also posted a photo of the completed stairs, which are painted an appealing shade of blue.
Now That The Stairs Are Complete
On his GoFundMe page, John shared further details for his shelter now that the staircase and entryway are done. “My plans are to clean up the interior, repaint it and turn it into a really cool man cave, HAM shack,and Civil Defense Museum.”
He continued, “Once I started this project I researched a bunch about the Cold War period and how the civilian fears prompted many people to build these shelters.” Discovering this bunker has clearly made a big impact on John’s life!
Stocking The Shelter With History
John has already begun amassing supplies and props for the museum portion of his backyard shelter. He says that he’s found artifacts like water supply barrels, Geiger counters, HAM radios, and sanitation kits to display.
Share this on WhatsApp