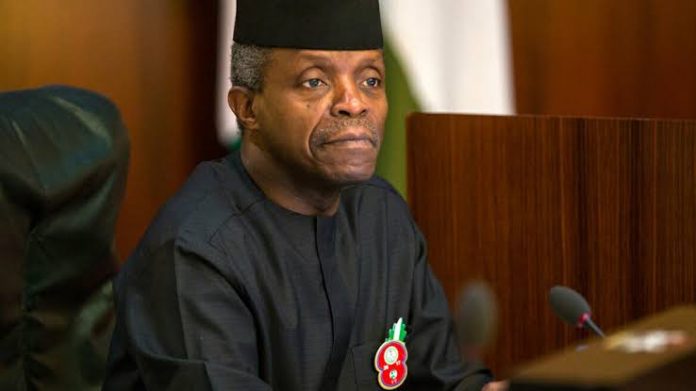 Beyond the drama of the past week within the presidency, which has seen Vice President Yemi Osinbajo in the eye of the storm regarding his continued relevance in the administration’s second term in office, well-placed sources say some names are already being mentioned as possible replacement for the vice president.

Although other names are reportedly being bandied as his possible replacement, the said pastor appears to fulfill all the requirements, being also a Christian, a popular pastor and equally from the south-western part of the country like the vice president.

It was further learnt that those who want to see the back of Osinbajo are considering two major exit strategies: either his forceful resignation or impeachment through the National Assembly.

A source around the vice president said his in-house traducers are already seeing him to be toast with the conviction that it may not be too difficult forcing him to resign when brought under pressure.

Osinbajo’s lack of meaningful political structure outside of Senator Bola Tinubu’s is likely emboldening those seeking to rid the presidency of him.

The vice president’s major sin for which he has reportedly not been forgiven, according to an insider source, is beyond the actions taken when the president was hospitalised in the United Kingdom.

As the acting president, Osinbajo saw to the Senate confirmation of Justice Walter Onnoghen as the nation’s substantive Chief Justice, though Buhari eventually got rid of him through a controversial suspension following an alleged failure to declare all his assets as required by the law.

Onnoghen, the first southern Christian CJN in over 28 years of northern domination, was replaced with Justice Mohammed Tanko. He also got the controversial erstwhile Director General of the SSS, Daura, fired following a siege to the National Assembly.

Daura has been seen around the seat of power since Buhari assumed full duties.

However, the public denial of the much-despised Ruga policy of the Buhari administration by Osinbajo, following a national outcry, is said to have been the deal breaker for the presidency cabal.

The back-and-forth between the vice president’s office and the Myetti Allah over Ruga and the insistence by the former that Ruga isn’t the same as the National Livestock Transformation Plan (NLTP) against the position of the latter further mobilised national and international outcry against the policy.

The cabal, according to reliable sources, is holding Osinbajo responsible for the unnatural death of the Ruga agenda, believed to have been packaged by the administration to favour the Fulani stock of the president.

There is also a perception that the chairman of the Federal Inland Revenue Service (FIRS), Babatunde Fowler’s recent query from the Villa was part of the assault against the camp of the vice president, considering their long-running friendship.

Osinbajo’s name has featured frequently and prominently in the 2023 presidential permutations and many commentators, pressure and political groups from the North have said 2023 should not be an exit point for the zone.