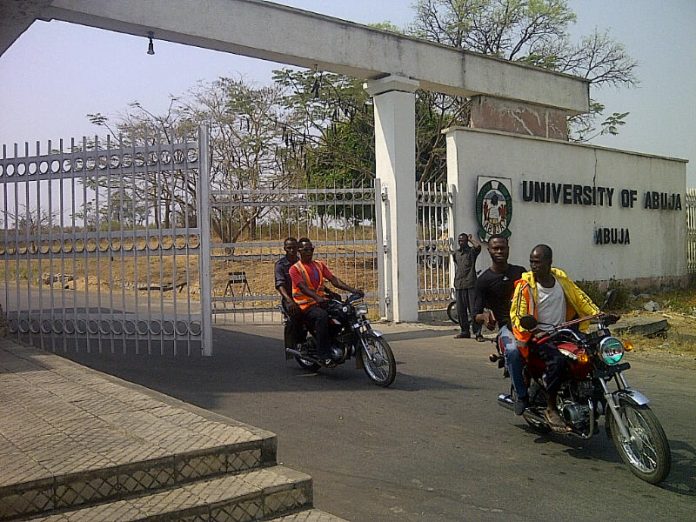 Share this on WhatsApp
Some students of University of Abuja attacked men suspected of entering the school premises to kidnap girls, and set their car ablaze on the weekend.
The incident was confirmed by the student union president, Abeeb Obasanjo.
“We have security issues right here and we are doing our best with the school security to curtail it,” he said.
The alleged kidnappers were said to have come to the school on Tuesday to pick some ladies who never came back.
They tried to pick another student but the students were able to recognise them and burnt their car.
According to the students, kidnappers have infiltrated the hostels, pretending as students.
ALSO SEE: Militants announce suspension of ceasefire, threaten mass attack
The Chief Security Officer of the school, Solomon Ngbede, said the alleged kidnappers were already in custody of the school security team.
According to him,  the students that were kidnapped have been rescued by security officers of the University.
“Onyinye and Ene (abductees) were kidnapped five days ago and the kidnappers confessed that they were the ones who picked them up so we went there in the company of the police and rescued the girls last night and they are with their parents now,” he said.
“The kidnappers came back yesterday to pick another set of girls. They were two men and a lady. The students were able to recognize them, so we have the men and two girls in our custody,” he said.
University communities have been under siege by men snatchers for a while now.
While some of the victims, mostly women, are lucky to escape, others have disappeared.
Share this on WhatsApp