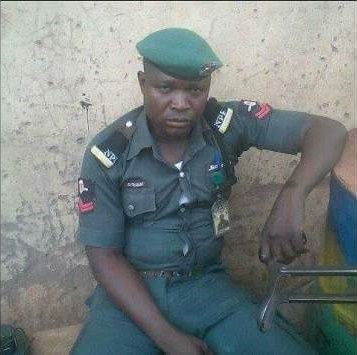 The 46 years old policeman, Corporal Barau Garba, who allegedly abducted a 14-year-old girl and raped her continuously for six days, has been dismissed from the Nigerian Police Force.

National Daily learnt on Saturday that Garba was dismissed after he was tried in the Orderly Room last on Monday, October 30 in Anambra State.

The culprit, who was serving in Delta State was confirmed to have been dismissed by the spokesperson for the command, Mrs. Nkiruka Nwode.

The 14-year-old girl, Maryam Yusuf,  was said to have been abducted on the 14th October 2017 while she was sent on an errand from Asaba, Delta State to Onitsha by the father.

ALSO SEE: CHRICED berates police over rape of a teenager

During the trip, Maryam misplaced her money but during desperate attempt to locate the bus she boarded if she could find her money, ran into the policeman, Garba, who offered to assist her locate the driver.

The policeman, who was serving at MOPOL 7, Sokoto State but on a special duty in Anambra State, asked the girl to climb his motorbike. Instead of assisting her, he took the girl to his house and abducted the girl and sexually abused her for six days.

Garba, who was on attachment at Okpoko Police Division in Onitsha, lacerated the girl’s private part due to constant sexual enslavement.

According to the police authority, the Mobile police corporal might be arraigned in a magistrate’s court in Anambra State on November 8.

Maryam, whom it was gathered does not attend any school due to the poverty stricken nature of the parents, is presently undergoing medication due to the sexual attack she got from Corporal Garba of the Nigerian Police.