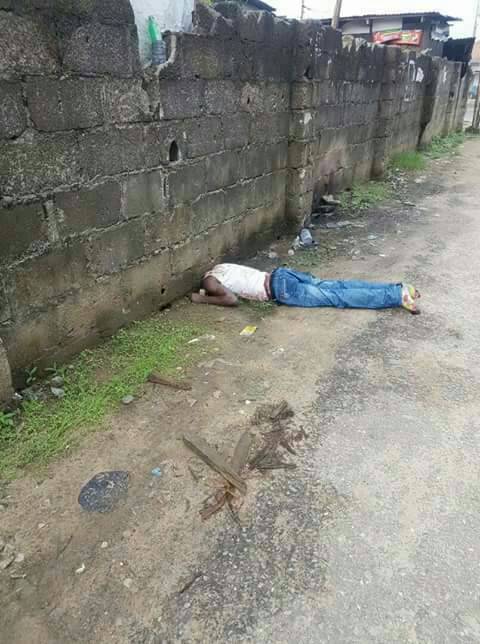 A beheaded body of a young man has been found around Mbata street in MGBUOBA-NTA road, in Obio-Akpor Local Government Area of Rivers State.

National Daily gathered that the decapitated body was dressed in white singlet and Blue Jean trousers, but nobody has been able to identify the victim.

Some residents said they woken up to meet the lifeless body of the man.

Also in Rumukwachi community in Obio-Akpor Area, two people, including one Chimelem Aleruba have been reportedly killed, while several others sustained bullet wounds during a clash.

A source disclosed that two communities have been having dispute over a portion of farm land.

As a result, some young boys from Rumukwachi and Ozuoba clashed inside a farmland, leading to the death of the victim as some armed men opened fire, leaving two people dead and several others wounded.

However, confirming the incident, a senior police officer from Ozuoba police station, said those who sustained bullet wounds had been rushed to hospital for treatment while investigation has started.