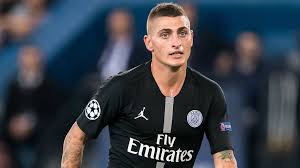 PSG Midfielder Marco Verratti spoke in a press conference from Coverciano about the upcoming national team clashes as well as his personal performances for Italy throughout the years.

“Criticism? It is always like that. When I play well I am worth this shirt, which I don’t play so well, there is criticism. Everyone expects a lot from me and it means that they consider me an important player. My job is to give all in the middle of the field,” he said.

“I feel comfortable with Jorginho. I played a lot with Thiago Motta at PSG and they are very similar. I like him because he can give a lot of balls, we do not suffer too much against other teams. Mancini? He knows football. I do not think it is right to adapt to opponents. We must continue on this path beyond the opponent, to have another philosophy.

“Tonali? I have not talked with him yet, but to get to the national team, you need quality. He reminds me of me a bit because my first call-up also came from Serie B. For him it is a great thing, to play for the national team does not happen to everyone. He will bring enthusiasm.

“Buffon? He is really happy for the choice to go to PSG, he has the enthusiasm of a child and has already infected everyone. I think this experience has brought him desire. For the national team, he does not have to prove anything. I have not talked with him about this, but he should always have an open door here.

“Ventura? The day of the elimination against Sweden was a bad day of my life. It was a chance that escaped us, it remains in my memory. I do not want to talk about Ventura’s choices. I do not think he is responsible for everything, it has been hard for everyone. Sometimes it can happen and especially Spain has proven to be superior to us,” Verratti concluded. 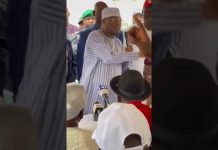