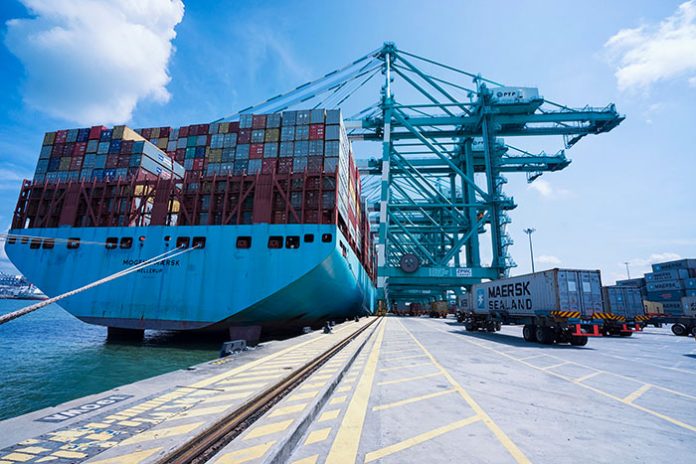 ALTHOUGH the Nigerian Ports Authority (NPA) has not implemented its directive on vessel diversion to eastern ports, some people seems to have proffer solution on the good side stressing that vessel diversion will promote efficiency, reduce vessel waiting time and this had been described as a positive development which in the long run will engender cost efficiency and timely release of cargo at the ports.

It will be recalled that recently the NPA stated that vessels which have waited to berth at any terminal within the Lagos Pilotage District will be diverted to other terminals with capacity to berth vesels within the district. It also added that in the event that all terminals in Lagos cannot discharge any veesels within four days, such vessels will be diverted to the Easter Ports (other pilotage districts) for immediate berthing.

Speaking to National Daily correspondent, Mr. Abdulazeez Babatunde, Managing Director, Mickey Excellency Nigeria Limited, said the plan was a positive one and charged NPA to implement the diversion fully since ports in Lagos could not deliver efficient and cost effective ports handling operations.

Mr. Babatunde who is also the National Secretary of the Association of Nigerian Licensed Customs Agents, (ANLCA) added the looming congestion in the ports was occasioned by shipping companies and terminals operations for their refusal to grant waivers to importers and customs agents on cargo in their possession.

He maintained that if shipping companies and terminal operators could grant waivers, it would spur quick clearance of overtime cargo in their terminals.

“It is very well, if the Western ports cannot deliver on core mandates of efficient and cost efficient ports handling operations, then NPA should do the needful by implementing this new model to the letter which is cost effective in the long run.

Moreover, both shipping companies and terminal operators are not ready to grant waiver as cost benefit to importers, Babatunde stressed.

However, NPA said the decision was taken to promote the Ease of Doing Business Policy of the federal government and curtail the negative economic impact, that the long run turn-around-time of vessels has on stakeholders.

It added that it will liaise with other relevant government agencies on behalf of stakeholders to expedite the clearance of vessels and cargoes where necessary.