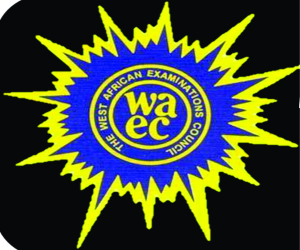 FOR requesting information on the conduct of its examinations in Nigeria, the West African Examination Council [WAEC] has asked a Lagos-based media house to cough out N500,000 as charges.
In a flagrant disregard for the Freedom of Information Law [FOI], WAEC insists that Paradigm Communications Ltd, publishers of the National Daily Newspaper and National Standard Magazine titles pay the money in order to access statistics bothering on the performance of public secondary school students in the May/June West African Senior School Certificate Examination in the last decade, as well as how much state governments in Nigeria have committed to the examination within the same period as part of their free education policy.
In a letter dated 28 September, 2015 and signed by K.U Anyim, on behalf of the WAEC’s Head of National Office [HNO], WAEC wrote that: “This is to inform you that the cost of producing the data you request for is N 500,000.00( Five hundred thousand naira ) only…”
August 24, 2015, Paradigm Communications Ltd had pleaded the provisions of the FOI Law to request information on the: State by State performance outcomes [figures of passes and failures] of public secondary students in the May/June WASSCE from 2006-2015; a breakdown of how much each of the 36 states and the FCT have paid to WAEC in registration and administrative fees for public secondary students who wrote the May/June WASSCE from 2006-2015; and general performance rating of Nigeria among the WAEC member regions that participated in the May/June WASSCE between 2006 and 2015′.
However, contrary to provisions of the FOI Law which stipulates 7 working days as timeline for any public organization to respond to request for information by interested individuals, WAEC did not acknowledge or act on the request by Paradigm Communications Ltd until almost a month later when an Editor onone of the titles sought the intervention of Yusuf Ari, Head of Public Affairs at WAEC.
Acting on the counsel of Ari, Paradigm Communications Ltd initiated another letter dated 15 September on the same subject matter after which the exam body made its counter-demand on 28 September, apparently to frustrate efforts by the media house to access a harmless public record.
To further betray its disrespect for the FOI Law and the lack of coordination at WAEC, the body also wrote another letter dated October 5, signed by S.O.O Ojo to acknowledge receipt of the first letter of request by Paradigm Communications Ltd and to inform the media house that the information requested is available at a cost.
This time around, there was no specific mention of financial obligation expected of Paradigm Communications Ltd to enable it access the information requested.

US investigating Toyota over suspicious aiding of terrorists