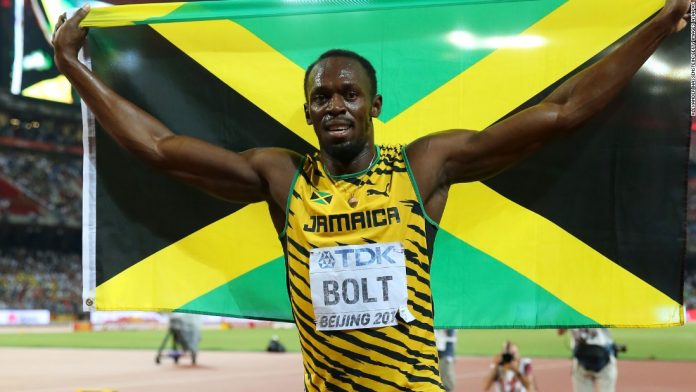 The fact remains the same, Usain Bolt is the fastest man on Earth.  His 2009 world record in the 100m coupled with gold medals at three Olympic Games mark him out as the man to beat at the World Championships in London.

We have organised a deep research to crunch Bolt’s awe-inspiring numbers to find out how he has raced into the world’s affections.

Bolt’s world record of 9.58 seconds was set in Berlin at the World Championships and now he has his sights set firmly on signing off with victory in London.

ALSO SEE: 5 things you probably didn’t know about Neymar (No 3 is interesting)

In a career spanning over 13 years, Bolt has amassed 11 world titles and eight Olympic gold medals along with the world records for the 100 and 200 metres, becoming one of the most famous athletes in the world in the process.

He remains undefeated in major finals since 2008. The only blot on an otherwise flawless record is his disqualification for a false start in the 100m at the 2011 World Championships in South Korea. He went on to claim gold in the 200m, though.

In Berlin, at the 2009 World Championships, Bolt broke his own 100m world record of 9.69 seconds, set when winning gold at the 2008 Olympics in Beijing.

He left Tyson Gay and Asafa Powell in his shadow, recording a barely believable 9.58 seconds.