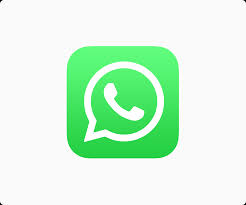 After more than 90 minutes of an air of uncertainty which caused a global outrage on the world wide web over the sudden non-functioning of WhatsApp, the Social Networking giant restored its services, but it sent off again.

According to investigations by National Daily, users of the social networking platform at about 10.38 GMT+2 were shocked to realise that messages that they were sending took forever and yet didn’t deliver to the recipients neither could they themselves receive messages.

This unexpected development resulted in a digital panic as to what may have been responsible.

Social Media Network users besieged various websites to voice their frustrations. Over 584 comments were made by frustrated users.

A user with the identity Adam Koch said: “Whatsapp down on my side.” Another user

National Daily close monitoring of www.downdetector.co.za revealed that the complaints increased at about 10pm GMT+2.

A further monitoring of the site by National Daily captured the responses below:

@jungsilhoon honestly whatsapp not working is my end

@_lorimusic so is whatsapp not working for anybody else

@cherrywavesz_ i though whatsapp wasn’t working for me because of the new update but i see it just crashed and it’s not working for anyone.

@RJA73_ um why is whatsapp not working…?

@valeroveciana @whatsapp hey guys you fell down in spain. the app its not working in the entire country.

@HayleySID anyone else having issues with #whatsapp tonight?!

@GeovaneJRod i thought at first it was my phone getting too old and not working properly, but whatsapp is really worldwide down. #whatsappdown

WhatsApp Messenger is a cross platform mobile messaging app for smart phones such as the iPhone, Android phones, Windows Mobile or Blackberry. Whatsapp allows users to send and recieve messages, photos, and other information and is considered an alternative to text messages or SMS.