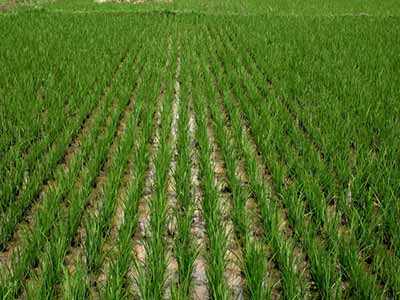 Vice President Yemi Osinbajo has assured Nigerians that by 2018, the country will produce enough rice to feed its population, and by extent reduced the amount spent on rice importation while also creating jobs for Nigerians.

Osinbajo gave this indication while delivering a speech at the Platform, a programme organised by the Covenant Christian Centre in Lagos with the theme “There is light at the end of the tunnel”

He said government is working assiduously to develop the agricultural sector as part of its plans to fully diversify Nigeria’s economy. “Agriculture and the whole agro-allied value chain is clearly the fastest way of creating jobs and lifting millions out of poverty.”

Osinbajo said Nigeria’s local rice production has almost tripled as a result of government’s effort deepening the sector by providing financing to hundreds of thousands of farmers.  “We are now producing about 5 million tons. We were importing over 580,000 tons in 2015 and by 2016 we were importing only 58,000 tons.”

He said before now, local farmers used to have problems with the milling of the rice, but that government has provided 200 mills of various sizes. “If all goes well we could be producing all our rice by the end of 2018 and if we are able to do so, it means that the substantial amount that we spend on importing rice will be saved.”

ALSO SEE: “Why the Jollof Rice debate is not a waste of time”

“We provided improved rice seedlings to the farmers and then just teaching very simple farming practices that improves yield. Both Kebbi State government and IITA and Jigawa state also (among others) have run excellent rice seed improvement programmes that have been of tremendous benefit.”

He explained that government is also working on increased wheat and maize production through adequate use of fertilizers and other needed assistance to the farmers.

“This year there was a major revolution in the fertilizer sector. Things improved dramatically because the Presidential Fertilizer Initiative came up with a design to solve the problem once and for all. The Ministry of Agriculture produced a soil map for the country that determined the pattern of fertilizer distribution and this helped a great deal.”