• Chris Akiri is an Attorney-at-Law in Lagos. 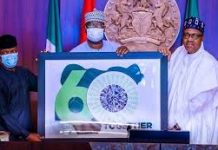