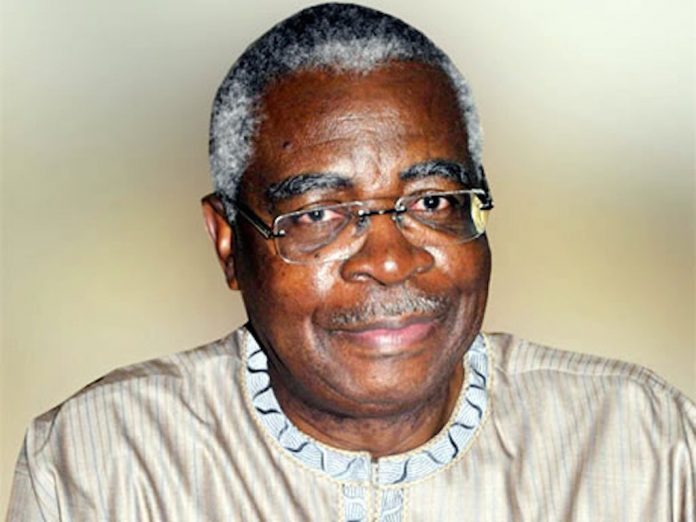 Retired General T. Y. Danjuma has advised National Leader of the All Progressives Congress, Bola Ahmed Tinubu, Yoruba activist, Sunday Adeyemi otherwise known as Sunday Igboho and other leaders from the Southwest to be careful in their dealings with the President Muhammadu Buhari-led federal government.

Danjuma in an open letter said the Fulanis have declared total war against indigenous Nigerians with the intention of grabbing lands in the North, Middle Belt, Southeast, south-south and Southwest.

He said all indigenous tribes in the country, including Muslims and Christians and others must unite for the battles ahead because Fulani Muslims do not recognize any other Muslims from other ethnic groups.

“The Nigerian Army is working with President Buhari to grab lands from indigenous Nigerian owners and give them to Fulanis from West Africa and turn indigeneous Nigerian people and land to modern day Fulani Colony.

READ ALSO: 2023: Osinbajo fears neither he nor Tinubu, others are popular

“It is a big shame for about 165 million indigenous Nigerians from predominantly Hausa North, Middle Belt, Igbo East and Yoruba West to allow, only 3 million Fulanis (who are Arab Africans) we erroneously accommodated to take over Nigeria and be killing everybody in the name of Herdsmen and Boko Haram, and take over our ancestral lands.

“They have conquered Hausa land, the Hausas lost who they are, now, they are fighting and killing people across middle belt (Kogi, Taraba, Plateau, Kaduna, Nasarawa, Borno, Benue etc) sacking them from their communities and the Presidency is protecting and arming the murderers. They conquered the South West half through the Tinubu dynasty, after the Middle Belt, they planned to walk over the South West to gather strength to fight the South-south and Southwest.

“Meyitti Allah, the terrorists are more financially buoyant than all South-south States combined. This is the group that recruits Fulani terrorists from North African Countries and takes them to the Southern part of Nigeria for a planned war. You will all see soon Fulanis attack on farmers, villages, and women and other soft sports and groups

“We cannot wait till 2023, it is too far. We must fear only God not man, we have to be alive to do an election. Nigerians – 165 million Nigerians must arise now to stop Buhari and his 3 million herdsmen and current Nigeria military who are killing the people paying tax that pays their salaries. The Fulani herdsmen and Boko Haram who they are supporting are not paying tax, they are foreigners – Arab Africans.

“This is more than religion, both indigenous Christians and Muslims are massacred under the supervision of President Buhari. It is land grabbing pure and simple,” he added.