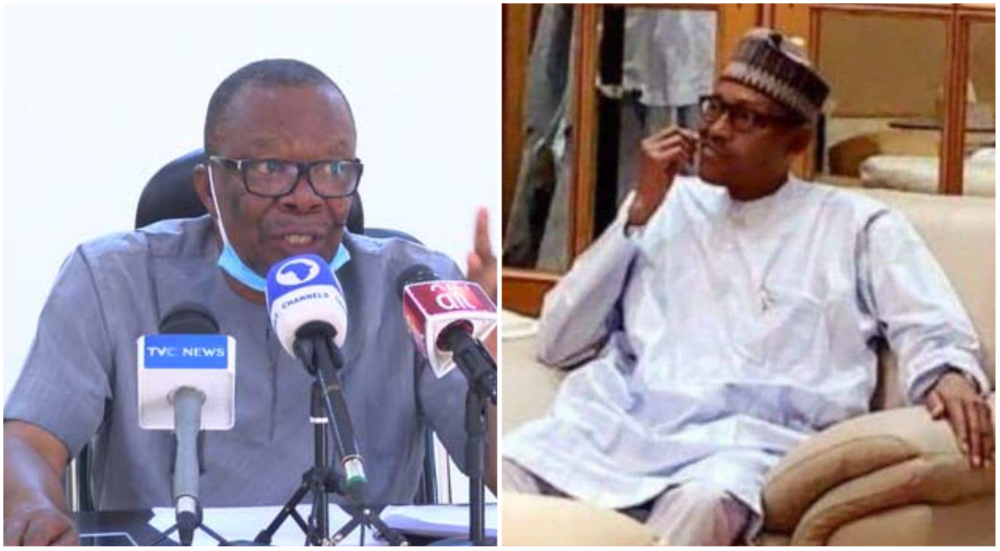 The Academic Staff Union of Universities (ASUU) has given reasons why it decided to extend its warning strike by another four weeks after almost six months since it began the warning strike.

Speaking on Sunrise Daily, a Channels Television programme, on Tuesday, president of ASUU, Emmanuel Osodeke revealed that federal bureaucrats are “throwing wedges” into the union’s negotiations with the government.

He said a worker at the National Salaries, Income and Wages Commission (NSIWC), a government establishment supervised by the ministry of finance, reportedly lied to the government that ASUU threw him out of one of the negotiations.

The ASUU president said actions like this have made negotiations with the federal government futile; hence the reason the strike lingers.

“We would finish the process and conclude negotiations, but all we would hear is that ASUU chased out some officials. One Mr Zara in National Salaries, Income and Wages, went and lied to the government that we chased him out of meetings,” he said.

“The good thing is that we have all the minutes of the meeting where he attended each of them but he went and lie to just scatter the process. That’s what they have been doing.

“The people scattering these things, not even the political elites, are the bureaucrats. ‘Why would you tell the government that they chased you out of negotiation when you know it’s a lie.

“This is how they keep on putting wedges. We will finish and they will throw wedges on it. And that is why we are where we are today.”

Korra Obidi reveals why she will never marry again