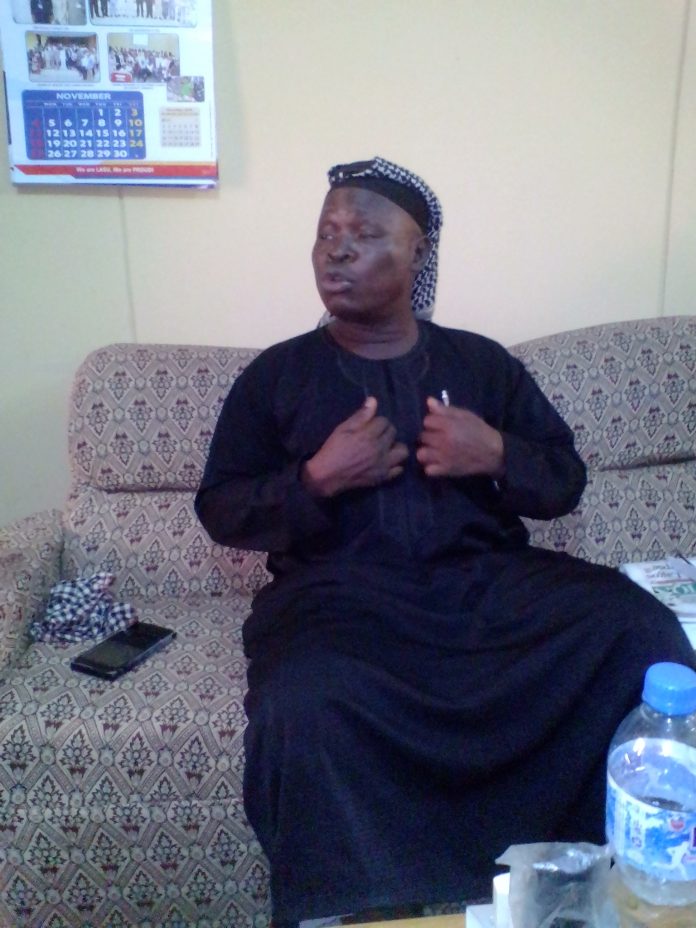 The executive director of the Muslim Rights Concern Prof. Ishaq Akinola takes the lid off a number of boiling issues between his organization, CAN, PFN, and Christian do-gooders that want to save millions of almanjiris up north.

Has MURIC been fair to other faiths in the course of pursuing the rights of Nigerian Muslims?
The first rule of Islam is fairness. If you can’t be fair to others, you have no business being a Muslim. Quran says, “Tell those who are not Muslims: I will not worship what you do; you won’t worship what I do.” You can’t force people to believe what they don’t want to believe. I believe in freedom of worship. And MURIC has never asked Nigerians to do what they don’t want to do. So if Friday is our day of worship, no government should make us go to work. It’s our fundamental rights.

But it appears you are more tilted towards defending what others do that affect Muslims—not what Muslims do that hurt others?
You probably have not observed our activities well enough. When Boko Haram started bombing churches in the name of Islam, we were the first to cry out. We condemned Boko Haram for killing Christians. We have condemned the continued hostage of Leah Sharibu. I said in a press release it would have been better if the terrorist had kept other Muslim girls abducted in captivity, and released the only Christian girl. We condemned the murder of those two bishops in Benue too. So we believe in justice. It is justice that brings peace. Without justice peace is dead. And those who deprives people of one won’t get the other.

MURIC demands justice for peace. Is it through activism alone you can do that?
If I understand you well, you mean is through crying out we can ensure justice that will bring peace? Yes. Those who don’t cry out take other means—violent means. Our activism is largely through articulating Muslim demands, grievances, and making them known to the government. We believe that’s better than calling people out for demonstration, and burning houses. And 70 percent of those things we articulate come from people across the nation. The average Muslim has now seen himself as part and parcel of MURIC. We believe it’s better to jaw-jaw that to war war. In the past five to six years, violence has reduced because we have introduced something different from the violent mentality of the average Muslim in Nigeria. Now every Muslim respects a human life. If they have a grudge, they call MURIC, and we quickly make the noise. And the anger dissipates.

What’s the philosophy behind MURIC?
We have a motto which covers our philosophy. Dialogue; not violence. As a group, MURIC is not prepared to use violence. We prefer dialogue—not with those in government alone, but also those who have issues with Muslims in companies, organisations, and others. We don’t carry placards. And you will observe that over the years now, the incidence of Muslim violence has reduced in Nigeria.

You suspected the intention of Sokoto Diocese Bishop Matthew Hassan Kukah who wanted to take almanjiris off the streets in the north. Why?
MURIC is not suspicious. What happened was just natural. Anybody, NGOs willing to intervene in the almanjiri problem in the north should do it through Muslims—not through a pastor or a bishop. We found out that Father Kukah’s donor agency for that programme was in Italy. What’s the distance from Italy to Vatican. We believe the beneficiaries of such programme will definitely turn against their Muslim parents. That was what the colonial masters did: converted Muslims to Christians, changed their names before they could get Western education. We have examples. Former Justice Minister Richard Akindele was a Muslim. He was Rasheed. He changed his name to Richard so he could study abroad. We don’t want that again. We have interacted with local NGOs doing advocacy similar to Kukah’s. They told us they have tried but the western donors won’t fund their projects. MURIC too has applied for support from the US and others. Because we are Muslims, we don’t get their support. It’s obvious Kukah got funding to trap the children of Muslims. We won’t allow that. There are Islamic organizations in the north. He could have collaborated with them to execute that project. He would just administer the fund. Muslims would have had confidence in such programme. We respect Kukah—you help us tell him. But no Muslim will have confidence in such arrangement with a Christian leader.

The Almanjiri education programme former President Jonathan launched was shut down. Was that for a similar reason?
The Almanjiri project was not Jonathan’s idea. Let’s correct that. It was the idea of the late President Umar Yar’ Adua. But it was a good thing Jonathan implemented it when he succeeded Yar’ Adua. And we have blamed the northern elite for allowing the programme and its infrastructure to go to waste. We have criticized the governors, too.

Hijab wearing suddenly became an issue in schools across the southwest—schools that had been using general uniforms all the years(?)
There can’t be general uniforms. They are Christian uniforms the Christian missionaries designed when they brought Western education. Nigeria has diverse cultures, and we must accommodate them. You can’t make a law that will criminalise hijab in mixed schools. When Islam came to Nigeria in 1500s (Christianity came 200 years later) the Madrassa had their uniforms. They had their weekends on Thursdays and Fridays, and went to work on Saturdays and Sundays. They had their calendar. But the Westsern colonialists stopped all these. The Muslims protested but the government didn’t listen. Even the Muslims in government at that time, including the late PM Tafawa Balewa, could not do anything. They should have reviewed all these diverse cultural and religious issues when the colonial masters left at Independence.
What’s even this hijab? A scarf! In civilized countries where civil liberties are respected—nobody fights over this. Go to London. You see police women in police uniform wearing hijabs. Female Muslim soldiers have been wearing their hijabs since 2017. Those rejecting it in Nigeria are intolerant. They locked out Muslim school children because they wore hijabs. Those principals should be in jail now if we are a civilized country that takes girl-child education seriously. It’s contempt of court because courts have ruled in Lagos, Osun, and Ilorin that it’s the fundamental right of Muslim girls. We are ready to fight this—even as far as the UN.

Christians and traditionalists can also claim their rights and come in their own dresses too—as it happened in Osun and Oyo (?)
The Oyo incident—it was the Christian Association of Nigeria that engineered the “traditionalists” to protest. They wanted to stall the trial. None of those protesters were traditionalists. In fact, the OSUN CAN engineered children to come to school in choir gowns and Cherubim & Seraphim garments. It was ludicrous. Our girls wear their hijabs as soon as they step out of their homes. They wear it to market, parties, shops, just anywhere. Can those children that came in cassocks and choir gown wear them to market? Were they able to keep wearing the dresses after the protest? How can you wear a special dress meant for worship in church to school because you want to protest Muslims wearing hijabs? That action of CAN was pedestrian. I have no apology for saying this.

Why did you tell the Pentecostal Fellowship of Nigeria to not hold their biennial conference in Benue last month?
So you still remember that? Honestly, we did that out of a pure heart. The conference came about the time of the presidential election—with all the threats of violence and everything. And the venue was Benue, a volatile place where Muslin Fulani herdsmen and Christian farmers are always clashing. MURIC didn’t want any situation where violence will erupt, and participant of the PFN conference will be killed. And the killing would be attributed to Muslims. We suggested they could postpone it till after the election for security and safety. What do we stand to gain or lose about the PFN conference?