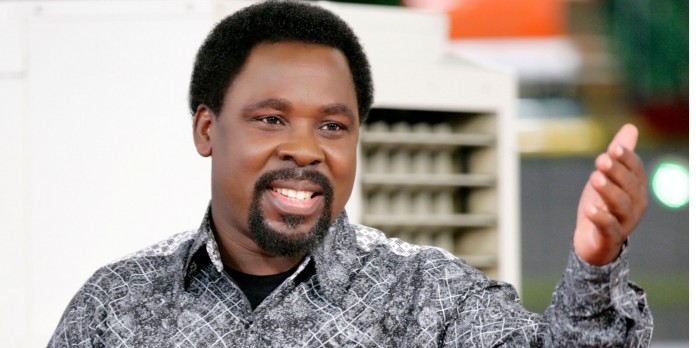 By Alex Olise
A geotechnical expert, and a defence witness, Ebenezer Ologuntoye today told a Lagos State High Court sitting in Igbosere that the foundation of the Synagogue church of All Nation, (SCOAN) did not fail.
The  defence witness, who is a member of the Nigerian Geotechnical Association told the court that findings on the test carried out on the collapsed building revealed that the foundation of the building did not fail and the baring capability was adequate.
The witness made this revelation in his testimony before Justice Lateef Lawal-Akapo.
The defendants,  Oladele Ogundeji and Akinbela Fatiregun alongside their companies – Hardrock Construction and Engineering Company and Jandy Trust Lt are standing trial on a 110-count charge of involuntary manslaughter.
Led-in evidence by the defence counsel, Olalekan Ojo SAN, the witness, Ologuntoye said he belongs to a Non-governmental organization known as ‘Building Collapse and Protection Guild’ (BCPG) that is interested in reducing incidents of collapse building to the bearest minimum.
The witness told Justice Lawal-Akapo that he has worked with renowned organizations in Nigeria and the diaspora.
Reeling out his work experience, he said he has worked with a Polish company, Naeimor International, Ekiti State Service Local Government Commission, Foundation Development Limited in London , Lakeside Park, London among others.
According Ologuntoye, he got to know about the collapse of SCOAN building through BCPG when he was selected as a member of the committee saddled with the responsibility of investigating possible cause of the collapsed building.
“As a geotechnical engineer, I was expected to investigate what happened to the foundation, the soil on which the foundation stands was okay.
“I investigated the soil using two major equipment, namely: the geotechnical borehole and a dutch -comb, an electrical testing machine. Both equipment were gotten from BCPG.
“Sample of the soil gotten through the borehole test was sent to the University of Lagos Laboratory for analysis while the dutch-comb test result was gotten on the spot of the test and it was signed by all parties at the site.
” The parties that signed the report includes representative of SCOAN, Lagos State Material Testing Laboratory and the Corona Court Representative.”
The witness further told the court that he compared and analyzed the result sent by the Unilag Laboratory with the dutch-comb report.
“My findings on both reports show that the foundation did not fail and the barring capacity is adequate.
“I wrote the report on the final analysis of the test carried out on SCOAN and submitted to BCPG.
The defence counsel, Olalekan SAN tendered the report of the test to the court and it was admitted into evidence.
Meanwhile, a subpoenaed witness, George Opeoluwa, the president of the NGO BCPG had earlier tendered the report before the court.
Justice Lawal-Akapo thereafter adjourned the matter till May 16, 17 for cross-examination of the witness.
Lagos State Government had charged Oladele Ogundeji and Akinbela Fatiregun alongside their companies – Hardrock Construction and Engineering Company and Jandy Trust Ltd before the court.
They are facing a 110-count charge of involuntary manslaughter said to contravene Section 222 of the Criminal Law of Lagos State, 2011.
A fifth defendant, the Registered Trustees of SCOAN is facing a count of building without approval.
it could be recalled that last month another witness who is an aviation expert told the court that investigation through the CCTV mounted in the church premises confirmed that a military air craft Halculux C130 belonging to Nigerian Airforce was responsible for the collapse of the building on September 12 2014 after the aircraft flew over the building multiple times.
The case has been adjourned to 16 and 17  of May 2019 for another hearing on the matter.