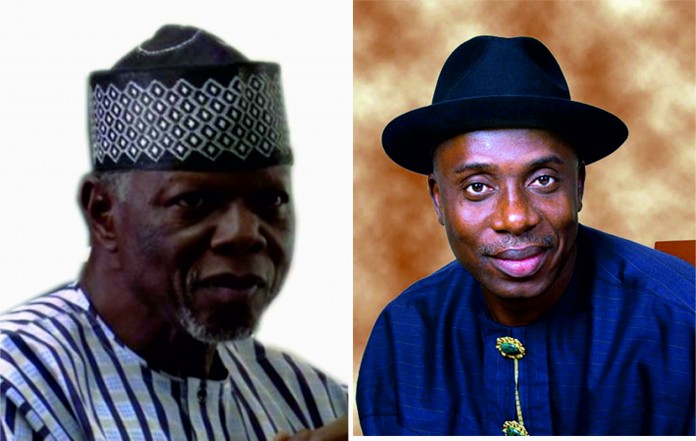 MINISTER of Transportation, Mr. Rotimi Amaechi has accused the Nigeria Customs Service of frustrating all efforts of the federal Government to establish a Single Window Platform for all port operations.

The minister, while commissioning the Command Control, Communication and Intelligence System (CCCIS), developed by the Nigerian Ports Authority, NPA, in Lagos, openly accused customs officers of corruption, blaming their activities for the reason importers have abandoned Nigerian ports for ports of neighbouring countries.

Amaechi apparently directed his statement to representatives of the CG of Customs at the ceremony, Assistant Comptroller General of Customs, Charles Edike and the ASYCUDA Project Manager-in-Charge of Apapa Customs Command Deputy Comptroller, Yusuf Malanta.

The minister may have been annoyed with the customs officers when they argued that it was impossible for the CCCIS surveillance gadget of the NPA to send a single manifest that would be used by all agencies at the port.

While replying, the minister said that the Federal Government had approved a firm to develop a national single window but the Customs has refused to key into the platform.

Expatiating further, the minister said that customs does not have any single window currently and that what they are doing is manual operation.

He said that Customs officers were frustrating the move by government because of their selfish interest and corruption. According to the minister, officers collect official and unofficial charges at the port while having human contact with agents and importers and this automatically adds to the cost of clearing goods in Nigeria.

Speaking further, he said “There is a Presidential approval for the single window, but Customs is saying No. Turning to the ACG and DC, the Minister said: “Tell your man (CG Customs) that Customs needs to say Yes so that we can put it in place for everybody.”

Amaechi further reiterated that when it is finally on stream, the single window is going to eradicate multiple checks on cargo manifests by various agencies at the port and human contacts at the port will be eliminated.

“What the single window does is that Customs, NPA and other agencies stay in their offices and have access to a live feed. So if you want to know the quantity of goods or what the ship is carrying, you could go into your computer and tell the importer the value of the goods and pays before leaving the UK or America.”

“Customs would come, Immigration would come, NDLEA would come, by the time they are through, it would have taken three to four weeks, by so doing, you are wasting time and all those toll gates add to the cost of clearing goods in Nigeria,” he explained.